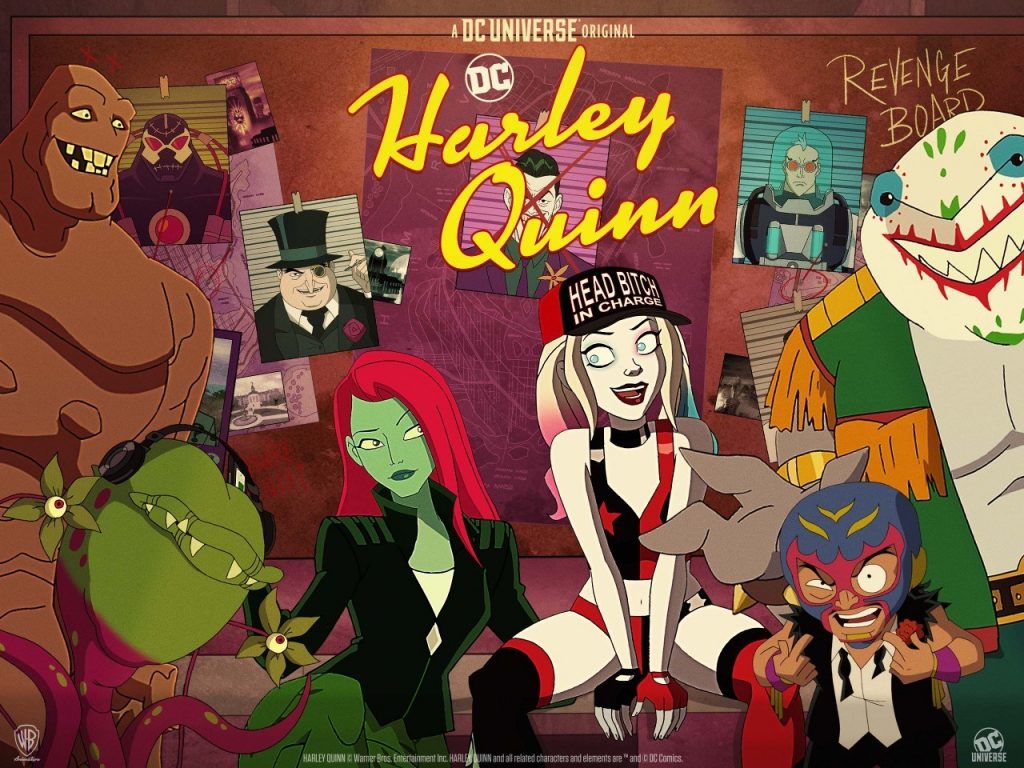 This season comes in six months after the season one drop. Based on Rotten Tomato Scores (85 and 86 respectively) fans and critics alike have connected with the journey of self discovery the characters have fought for.

This season picks up directly after the season one finale where(SPOILERS): Gotham is destroyed, The Joker and Batman are defeated/missing, and The Justice League is trapped. At this point Harley and her crew are poised as the possible rulers of Gotham.

In this trailer however, its teased that the Riddler, Bane, The Riddler and Penguin are in control of Gotham ; offering Harley a tiny piece of property against the entirety of the city she liberated. The short minute trailer also teases appearances from Mr. Freeze, Batgirl, Parademons, Catwoman, and a possible Harley-Ivy romance.

The show explores its Tv-Ma Rating to its fullest, blending simple smooth animation with adult themes, language, and situations. And since the show in on the DCU platform, its able to cater to its fans without having to worry about the general audiences.

So What’s your opinion on this upcoming season? Let us know in the comments down below!