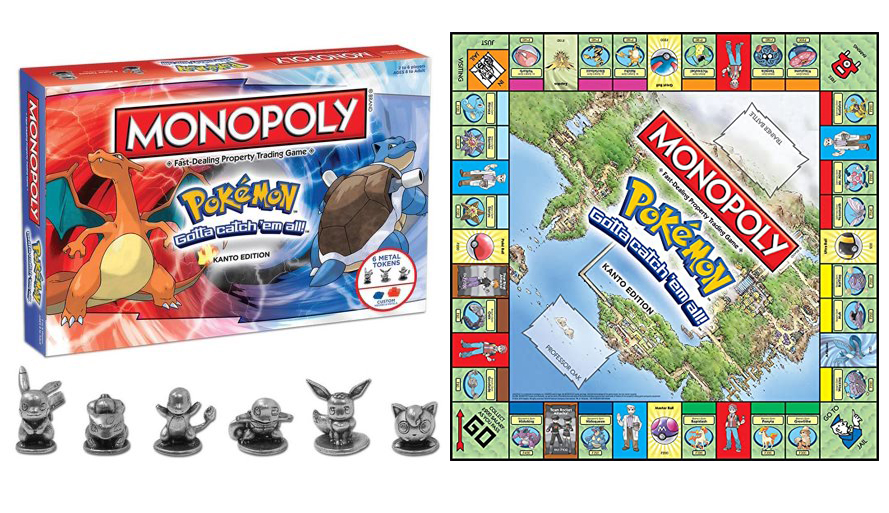 5 Anime Board Games to Kill Time During Coronavirus Quarantine

Being locked inside of your house can get boring pretty fast. And if you feel like your eyes are falling out from 12 hours of binge-watching your favorite animes, it’s maybe time for some screen-free entertainment. So here are some cool board games based on classic animes to entertain you and your family during the break.

There are six metal tokens that represent Pikachu, Bulbasaur, Charmander, Squirtle, Eevee, Jigglypuff. Hotels and houses are replaced with Poke Marts and Pokemon Centers, and spaces are named after Pokemon from all 8 gyms.

The rules are basically the same as the classic Monopoly. But there’s a little twist is that if players roll doubles, they can use powers designated to each number. So, for instance, if you roll a double 3, you can collect $50 from everyone. Sounds pretty thrilling, doesn’t it? And the design is fun too!

Players can take on  Sailor Moon characters from seasons 1 and 2 of the 2014 and 2015 Crystal Series. Each character and combination of roles have their own special abilities. Players battle with dice as the Pretty Guardians attempt to defeat the Dark Kingdom and the Black Moon. The game’s artwork is visually pleasing and colorful.

3) Attack on Titan: The Last Stand

In the game, one player takes on the role of a Titan, while the rest of the players act as the characters trying to save humanity. There is an actual tower and Titan standee so you can literally “climb to victory”, which is pretty cool. The game is relatively easy to learn, fun but requires you to be tactical and sometimes lucky as well. It’s a guaranteed great fun for any AoT fan!

The cards depict characters and images from various Dragonball series. Players engage in battles and once fond about the game can expand by buying more cards to add (since this is a starter deck). Young and older fans can all have fun with this great deck.

One player takes on the role of L, trying to catch the other person who plays Kira. Each player has a specified notebook. L eliminates possibilities from criminal targets to locate Kira, while Kira tries to destroy those targets and gain enough victory points to win.

Matt Reeves’ “The Batman” Suspended Due to Coronavirus

Grandparents Built A Giant Totoro For Their Grandkids