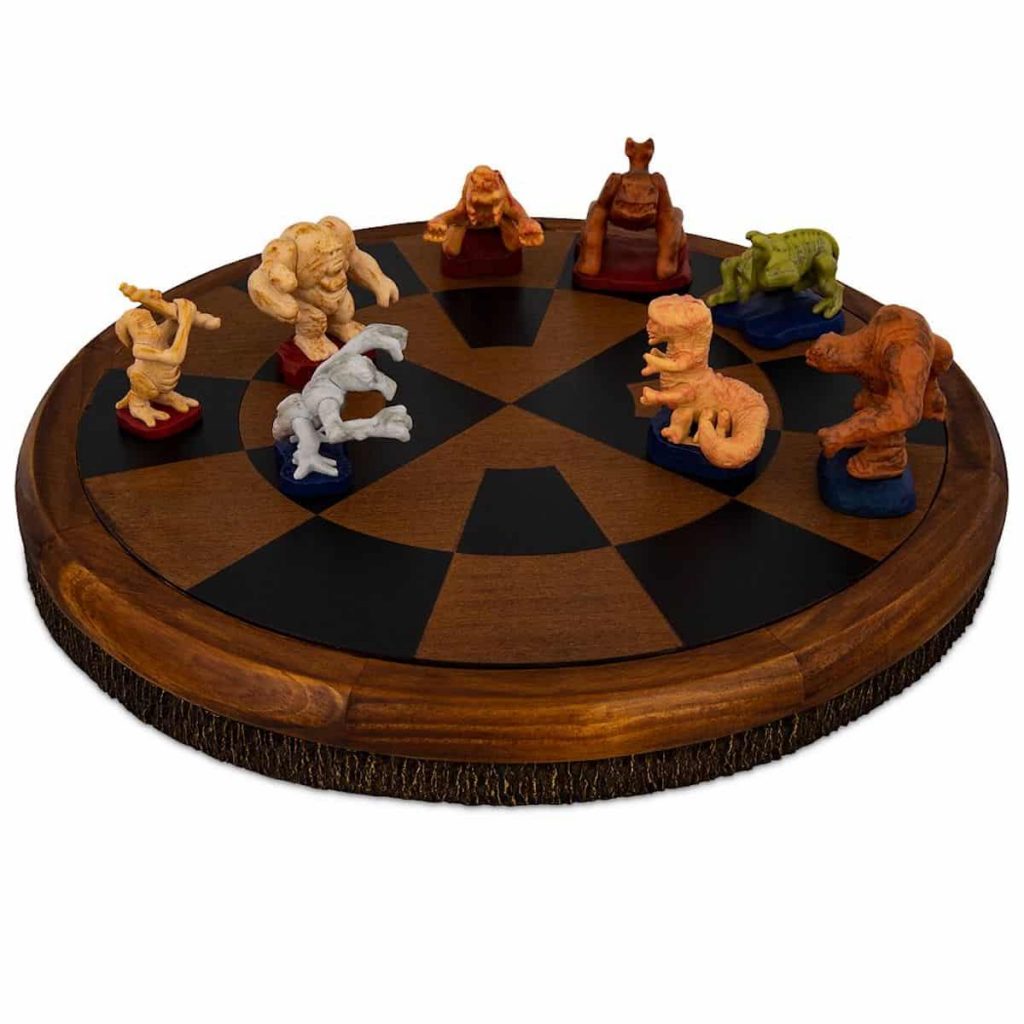 Need a Dejarik Board for Your Starship?

FINALLY, the ultimate board game to decorate the rec room in my starship- an officially licensed “Star Wars” Dejarik board, just like the one Captain Solo had on the Millennium Falcon.

If you flip over the board, you can play Rebellion vs Empire checkers!

This double-sided wooden board features the distinctive circular Dejarik board on one side and checkers on the reverse side. It includes eight Dejarik game figures although, unlike the version seen played by Chewbacca on the Millennium Falcon in numerous Star Wars films, these pieces are real and not holographic.

You can pick up your very own Dejarik board on Shop Disney here. Remember to let the Wookie win.