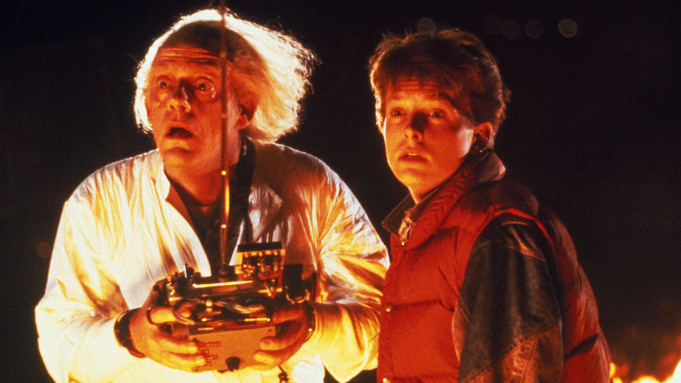 Christopher Lloyd and Michael J. Fox got together recently for poker night to benefit the Michael J. Fox Foundation. An organization with the mission to find a cure for Parkinson’s disease. Seeing a great opportunity to have a memory together they posted a picture of themselves on Instagram. And it’s one of the most heartwarming things we’ve seen lately.

It’s nice that the two can find the time to support each other like this. And it’s great for fans of Back to the Future to be able to see their faces healthy and smiling.

There has been talk lately of a Back to the Future reboot with Tom Holland and Robert Downey Jr. but that will never make it past rumors. The writers and creators for the franchise agree that you just can’t have a new movie without both Michael J. Fox and Christopher Lloyd. And while Christopher has said that he would be more than happy to, the reality of it is Michael simply could not. They have said that it would be to difficult to film around Michael’s Parkinsons which is very sad, but unfortunately right now the technology just doesn’t exist.

The rumor started when a deepfake was released on YouTube of Holland and RDJ playing Marty and Doc. It was a great deepfake and even got Holland to admit there had been “talks” for a reboot. To which he said that he could never imagine would compare to the original.

I’d be lying if I said there hadn’t been conversations in the past about doing some sort of remake, but that film is the most perfect film- or one of the most perfect films, one that could never be made better. That said, if [Robert Downey Jr.] and I could just shoot that one scene that they remade for fun – he could pay for it cause he’s got loads of money – I would do it for my fee and we could remake that scene. I think we owe it to deep fake because they did such a good job. … I think I’m gonna speak to Robert and see if we can try to recreate something for deep fake.

So while we may get something fan made from the two a new movie is just not in the cards. For now though we can enjoy this picture of the original Doc and Marty, and imagine what it would be like if they could both come back.