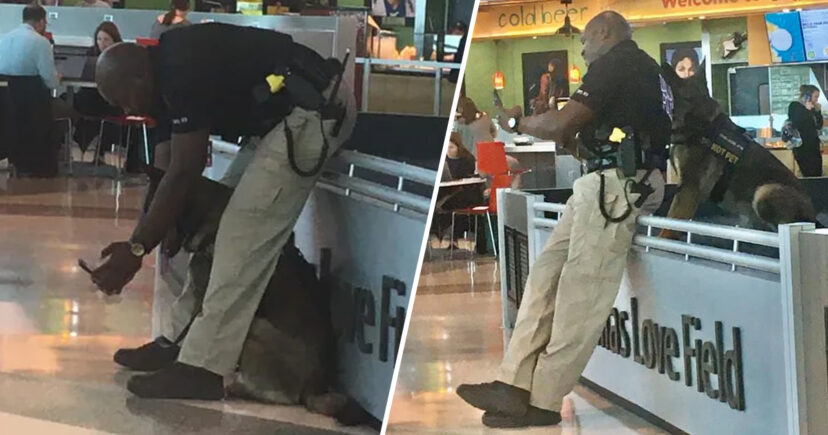 I have always wondered what it would I look like when I am trying to take a picture with my cats. My husband always tells me to “Let the poor cats go” No, I need more. One woman was fortunate enough to catch a pet selfie in action. And the best part is it was a uniformed officer and his K9 pal.

We all love a good picture with our pets. Whether it is your lizard, beta fish, turtle, cat or dog. It seems that there are not enough pictures to go around for our beloved babies. Heck just the other day I grabbed my cat and we took several pictures together. Much to the dismay of him but you get the point I’m trying to make.

Now this is just plain adorable in my opinion, an officer and their partner stopping to snag a picture together. It had me wondering what was on the other side of the camera, what did the pictures look like? Well it turns out that Officer Andre Cloyd and his partner Zigi were on patrol at Love Field Airport. Gina Anzaldua uploaded the pictures to a dog group on Facebook and it blew up! Officer Andre saw the pictures that were being shared internet wide and he was thankful for it.

‘Thank you for all the love shown to Zigi and I.’

Why He Took Them

He had written in a Facebook post. Officer Andre had an interview with NBC 5 about the experience. It turns out that he sends texts messages in a group chat to his family members on the daily.

He said that on the day where he was captured taking the pictures. He thought to himself “Lets take a picture of her when we get inside”

Honestly these have captured my heart so much, and just look at that puppy! (yes it’s a puppy)

‘To get paid to do something you’ve loved since the age of four, it’s a privilege, definitely,’ he said. ‘Zigi’s the star, but even more so, we’re just a small piece of a unit, a department and a law enforcement community that does everything we can to ensure the safety of the passengers.’ 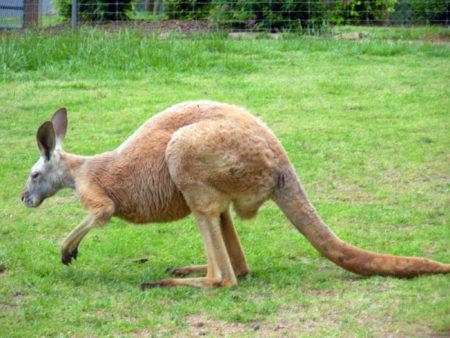