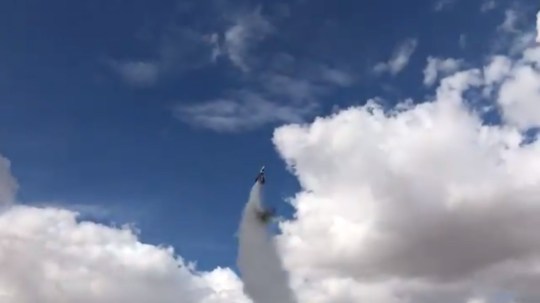 Micheal Hughes had built a rocket to ride in so that he could see if the Earth was flat or spherical. Science Channel was there to document the entire thing. And unfortunately the rocket wasn’t sound enough to be able to carry out the mission.

He was trying to reach a height of 5,000 ft to prove once and for all that the Earth is flat. Unfortunately his rocket did not allow him to prove his point and he died in the process. He became famous after he announced that he wold prove to us once and for all Earth was flat, but unfortunately he never got the chance to do so. Though we all know that the Earth is spherical, so it probably would have been us watching him try to explain away what he saw.