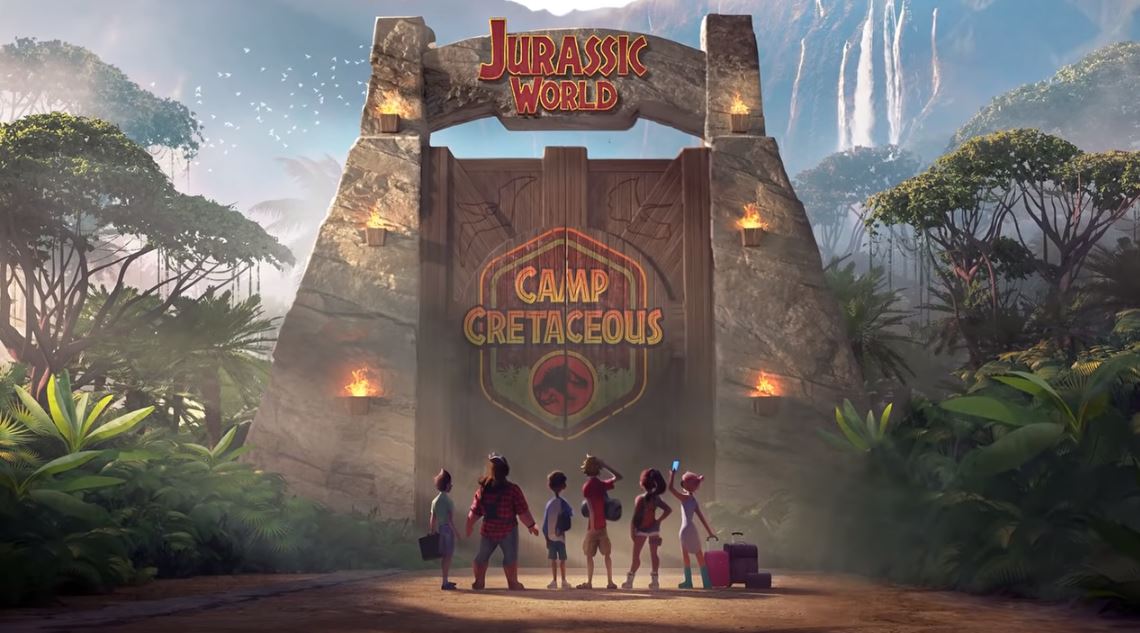 Did you forget Jurassic Park was getting an animated show? Well that’s probably because there wasn’t much out about it. Last year they announced this and it seemingly flew under the radar. They put out a trailer for it and even said that it was coming sometime this year, but it seems to have been skipped over. Which would make sense because the time they announced it last year everyone was still stuck on Disney ripping it up at the box office. No matter though because now that we’ve caught wind of this we’re super excited to tell you it’s coming! And it’s coming up soon!

In the show a group of unsuspecting teens travel this time to the opposite side of Isla Nublar. There they will encounter an adventure camp. Little do they know that there have been numerous deaths on the other side or exactly how much danger they’re really in, but hey it’s a kids show so they will probably never stumble across a dead body. Also pretty sure the dinosaurs just ate them whole anyway. You know waste not want not and all that.

Serving as showrunners are Scott Kreamer (Pinky Malinky) and Lane Lueras (Kung Fu Panda: The Paws of Destiny). Executive producing are Steven Spielberg, Frank Marshall, and director Colin Trevorrow. This is one of the shows coming out of the five year deal that they have with Dreamworks along with various “How to Train Your Dragon” shows, She-Ra and the Princess of Power, A Boss Baby spin-off and soon to be an animated “Fast and Furious” show.

We hadn’t had any updates on the show only that it was due to release in 2020. Now thanks to a novelization of the series that YouTuber Klayton Fioriti has found, we know that the show will be premiering sometime this August.

The book’s synopsis tells us that when dinosaurs break out during the carnage of 2015’s Jurassic World, six teenagers will have to band together for survival. The novelization has official images and should hold most of the plot to the first season coming for Netflix.

Camp Cretaceous is due to hit Netflix August 2020!