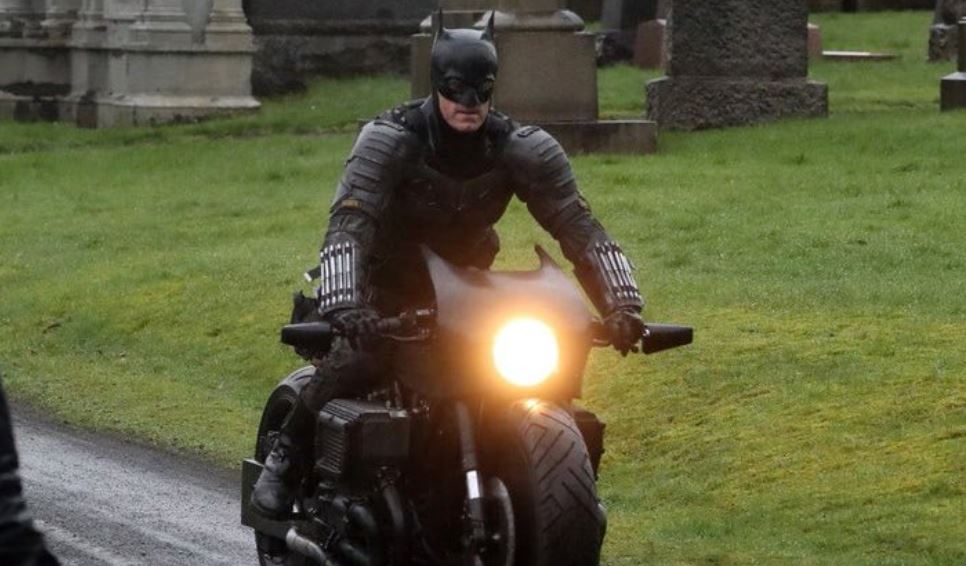 Today we got our first look at the full batsuit and Pattinson’s batcycle. Earlier this month they released a video where you could see a cropped version of the suit and under heavy red lighting. Now you can see the whole thing in broad daylight.

Seeing the suit out in the open gives a sense that they are going back to a tactical aesthetic, which is closer to what Nolan did in the Dark Knight Trilogy. However, what is different this time is the heavier emphasis on the suit being a literal suit of armor, especially around the shoulder. The biggest difference is what looks like arrows on the wrists, which could be just something he does when riding the bike.

Now of course it is hard to tell whether this is what the suit will look like all the time or just what they need for this sequence. What it does help do, thanks to the bike, is show how much more grounded this film is. As realistic as the Nolan verse films tried to do, the Bat Pod bike was kinda insane, even if it really did work. Reeves gives Batman a bike that is just a bike. It no doubt has a bunch of nifty gadgets, but it doesn’t give the impression that this thing couldn’t just hang out in a parking garage.