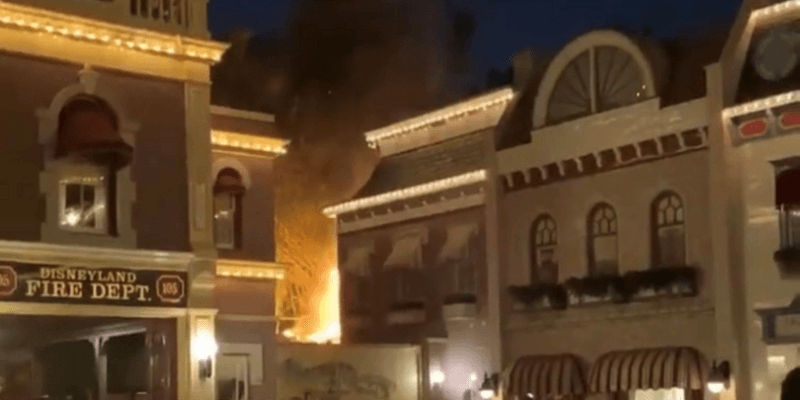 Thursday afternoon around 6pm in the backstage area of the Jungle Cruise a fire broke out in Disneyland. They shut down Main Street and evacuated people from Adventure Land and around the Fire Station which the fire was just behind of. They are saying that the fire may have been caused due to a generator or motor being too close to vegetation. Disneyland has not made an official statement as to what was the cause.

Orange County fire crews arrived just after 6pm and were able to contain and put out the fire. They were quick to evacuate the area. The fire caused a power outage across a major portion of the theme park. Adventureland, Main Street, U.S.A., and The Golden Horseshoe restaurant in Frontierland which were all evacuated. As of this time there have been no reports of injury or death.

The backstage area is where they keep extra props and things that they may need including motors, generators(which are located throughout the park) and where the staff can go from area to area without being interrupted. They seemed to handle the crisis with ease as the cast members kept their cool and calmly assisted attendants out of the effected areas.

IN-N-OUT Releases Their Own Shoes