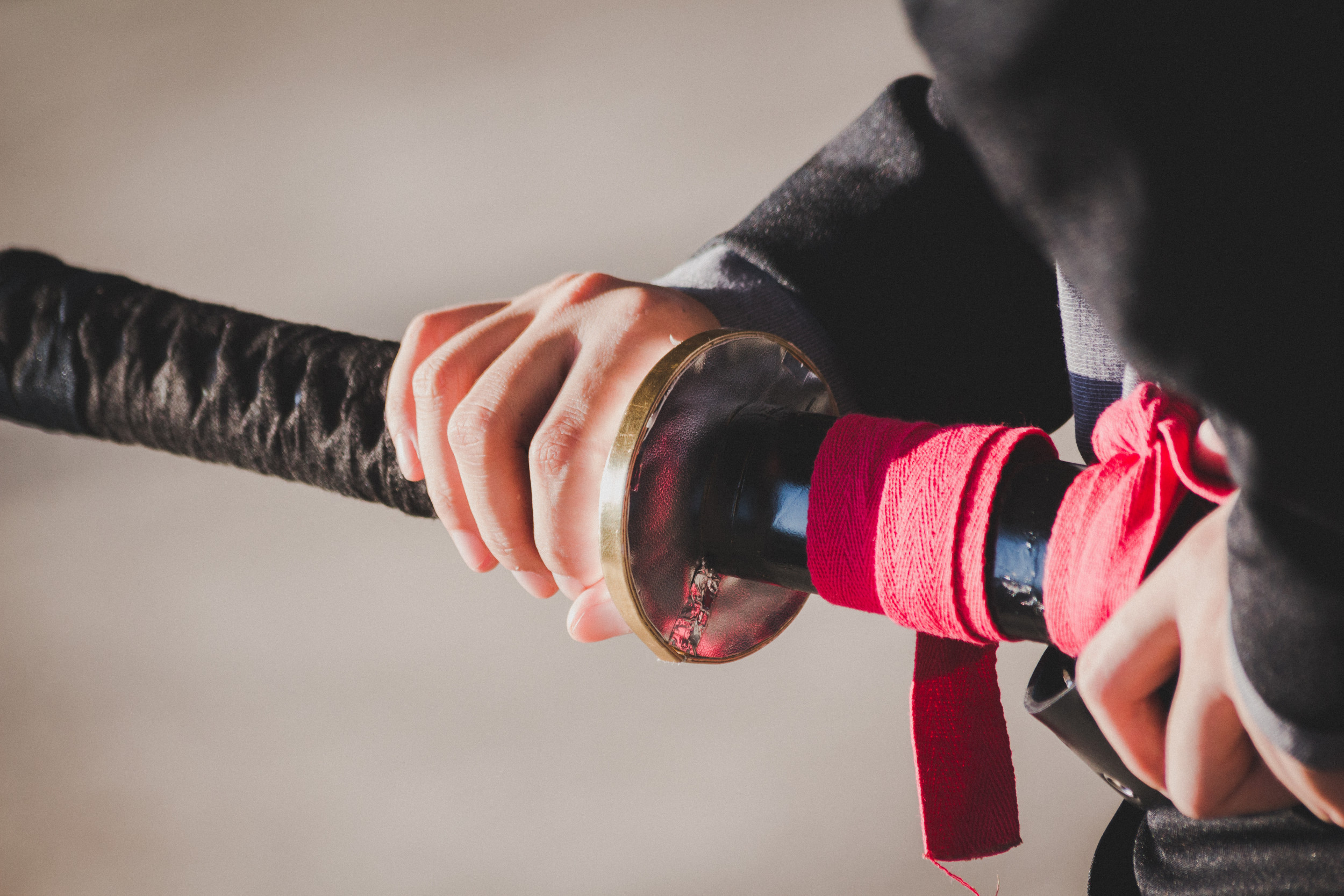 A Kansas man has asked an Iowa court if he could settle his custody case with his wife in a “trial by combat”. He would like to use real Japanese swords(katana) and would meet her on the “Field of battle where he would rend their souls from their corporal bodies”. David Ostrom who is 40 and hails from Paola Kansas claims that his Ex-Wife Bridgette Ostrom(38) destroyed him legally.

He’s asked the court to give him “lead time” to get a sword forged for the battle. Iowa District Court in Shelby County has not responded to this request as of yet but has acknowledged it’s not illegal for trial by combat.

Ostrom said he got the idea after reading about a case in 2016 where it was brought up that duels had not been abolished. He said that he introduced the motion out of frustration for his ex-wife’s attorney Matthew Hudson.

“I think I’ve met Mr. Hudson’s absurdity with my own absurdity,” he said. He says that his ex-wife can choose to fight or ask her attorney to be her “champion”.

Sounds like he was extremely frustrated with how the court precedings were going in his wife’s favor. To add insult to injury Hudson filed a resistance to Ostrom’s motion citing a misspelling of the word corporeal.

“Surely (Ostrom) meant ‘corporeal’ bodies which Merriam Webster defines as having, consisting of, or relating to, a physical material body. Although (Ostrom) and potential combatant do have souls to be rended, they respectfully request that the court not order this done.”

The wife’s attorney is arguing that because this could possibly end in death the ramifications will outweigh those of property taxes and custody issues. Hudson also asked the court to take away Ostrom’s visitation rights and undergo mandatory psychiatric evaluation. Ostrom has no history of mental illness but one could see why they would be worried for his mental state given the circumstances.