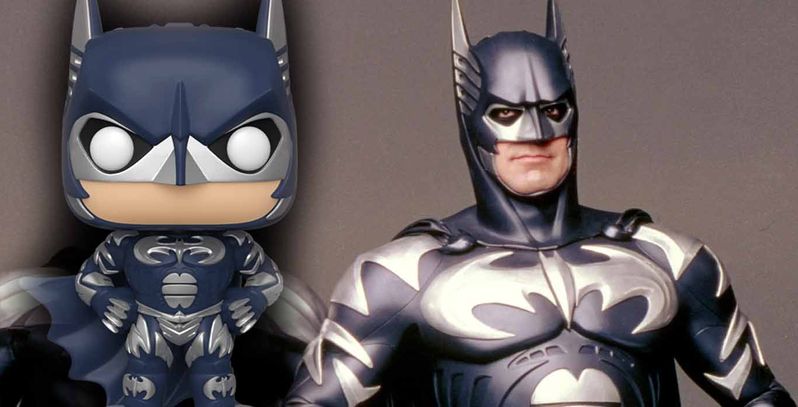 Batman & Robin Pop To Be Released Minus the Nipples

If you are a Batman fan then you know you have your favorite movie of the Bats. And I can probably say with confidence that no one is going to say Batman and Robin directed by Joel Schumacher. Batman nipples, that’s all I gotta say about that. Even with his apology I am still angered by the movie. It had great potential, just BADLY executed. You will never see me with any memorbillia of that movie. . . .until today.

Now I will admit that this does look pretty awesome, and if you look even closer you will see that there are no nipples to be had. WONDERFUL! Still it was a pretty bad movie and not even this Funko can make up for that.

You can pre order him for $14.99 now by following the link here.