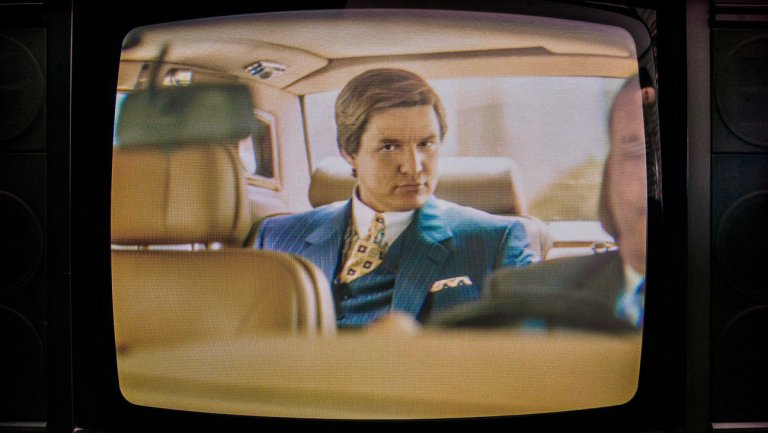 Pedro Pascal was announced as part of the Wonder Woman 1984 cast in July 2018 in an undetermined role, but his character has now been confirmed. While there has been much speculation in the past year that Pascal would be playing the shady businessman Maxwell Lord, Gizmodo have compiled information from a press release and director Patty Jenkins’ social media to verify those rumors.

Wonder Woman 1984 is scheduled for release on June 5, making it the second DC film of 2020 after February’s Birds of Prey. While 2017’s Wonder Woman explores Diana Prince’s involvement in World War I, Wonder Woman 1984 picks up the story several decades on by placing Gal Gadot’s Prince in the middle of a different conflict, the Cold War. Just how significant Pascal’s Max Lord will be remains to be seen, with Kristen Wiig’s Cheetah expected to be the primary antagonist.

However, Lord has been a thorn in the side of Wonder Woman and the Justice League since his comic book debut in 1987. Originally a simple sleazy businessman, Lord acquired telepathic abilities that allowed him to manipulate wills, even for beings as powerful as Superman. We may not see Pascal let loose with Lord’s powers in Wonder Woman 1984, but his position as a man of means and malevolent intentions will no doubt cause problems for the incorruptible Prince.

The fate of DC

With Pascal and Wiig joining returning cast members Gadot, Chris Pine, Connie Nielsen and Robin Wright, Wonder Woman 1984 is blessed with star quality. Fans and critics were largely complimentary of Gadot’s performance in the 2017 movie, which has accumulated a rating of 7.4/10 on IMDb. That comfortably surpasses the 6.5 of Batman v Superman: Dawn of Justice and the 6.4 of Justice League, leaving Wonder Woman as the most dependable hero in the DC Extended Universe.

Pascal had starred as Ed Indelicato in a 2011 pilot for a Wonder Woman television series, which NBC opted not to commission. Good things come to those who wait; with Patty Jenkins at the helm once again, Wonder Woman 1984 should be a strong box office performer for DC and a better career move for Pascal than that possible television series. The potential success of this sequel may also prove influential in shaping DC’s long-term strategy.

The team-building attempt in Justice League lacked the forethought and coherence of Marvel’s Avengers, while the success of Joker may motivate DC bosses to change their approach. Joker occupies very different thematic ground to most modern superhero flicks, but Forbes have determined that the film is now the most profitable comic book movie of all time. The global gross earnings of Joker have reached $957 million, which is over 15 times its $62.5 million production budget.

While DC will not turn their back on their classic heroes, the acclaim of Joker may show executives how the studio can thrive in an area where there is no Marvel dominance. Still, The Flash is set to receive his first standalone movie in 2021, Aquaman is getting a sequel in 2022, while Pattinson’s debut in The Batman should arrive in the next few years. While there are question marks over all of these films, Wonder Woman 1984 feels like the type of movie that DC needs to challenge Marvel in the superhero blockbuster genre.

From Oberyn Martell to Maxwell Lord

The last few years in Pascal’s career have seen the actor’s reputation rise dramatically – appearing in some of the biggest television and movie franchises will do that for you. While Pascal had played small recurring parts in shows like The Good Wife and The Mentalist, it was his role as Oberyn Martell in Game of Thrones that garnered international recognition.

Oberyn lasted seven episodes in Season 4 before the Prince met an untimely and particularly gruesome demise. Still, seven episodes isn’t too bad in a show renowned for dispensing of its stars with ruthless regularity. Seven episodes was also enough time for viewers to develop an affinity to Pascal’s character – a CNET opinion piece even called Oberyn the show’s greatest hero.

A history of heavyweight franchises

Those hankering for more Pascal on their screens have had their wishes fulfilled since his 2014 bow on Game of Thrones. The significance of Pascal’s role in Narcos in propelling him to stardom shouldn’t be underestimated. While it may not quite be on the same level of popularity as Game of Thrones, Narcos is one of the most successful Netflix exclusives and has some of the qualities of a heavyweight franchise.

The first quality is in its spin-off series, Narcos: Mexico, which built on some of the themes of the main series and included cameos of familiar faces from Narcos. The second quality is how Narcos has branched off into other media. NetEnt’s Narcos is part of the collection of Betway Slots, which includes images of Pascal on the reels in a game that pays homage to Netflix’s series. Not only was Narcos great exposure for Pascal, but it also gave him three seasons to star in a leading role.

A star of many franchises

It was probably more his role as Agent Peña in Narcos than his role as Oberyn that caused Jon Favreau to consider Pascal for the leading role in The Mandalorian, the headline original series for the Disney Plus launch in the United States on November 12. Pascal’s ability to portray a likeable lead, despite possible questions over his true motives, made him the ideal candidate to play a bounty hunter in the Star Wars universe.Pascal’s character in Wonder Woman 1984 may not have so many redeeming features. Fans will be keenly anticipating his take on Maxwell Lord in what will be one of the summer’s biggest blockbusters.