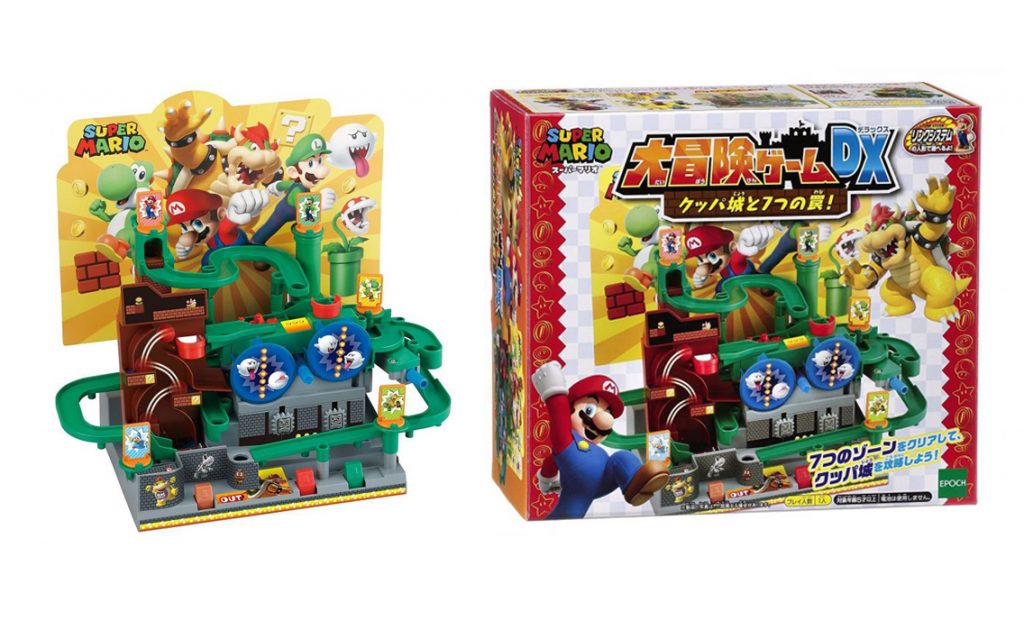 This Super Mario Adventure Game is Challenging and Fun!

This game is kind of a throwback to when you would have those little basketball hoops and the spring would toss the ball in that direction. There was a skill to it and you had to have the perfect amount of pressure and timing to get it in the hoop. This Super Mario Adventure game is the same. You can find it on Hobbylinkjapan and it is a great challenge to compete with your friends during party nights. Warning! It’s harder than it looks!

So the story with this one is that I had invited some friends over to play it with me. I had originally thought that it was multiplayer since the box is in Japanese and there are multiple character pieces. Turns out I invited them over only to find out it was single player(sad clown music here). Anyway the night turned out to be a huge success because instead of competing in a regular turn by turn game we were all in it for ourselves trying to 1up each other in how fast we could complete the level.

The set is basically a Mario Bros level that is 3d. Your player is the little red ball and you push the buttons to get it to move across the board. Kind of like mousetrap only with functionality that is built in. It also has expandable sets that you can get to make a full on Super Mario challenge. Hobbylinkjapan also offers other Super Mario Games. They are all great gift ideas for the Nintendo enthusiast.

Now the game description on the site says that it is a game designed for children but let me tell you it is a lot harder than it looks. There are so many ways that you can mess up if you aren’t precise with your movements. And it’s perfect for just pulling out time after time to see if you can still do it. Like riding a bike or playing Tetris every once in a while. The big sell here is it would make a great party game where everyone is all gathered around a table trying to make the player mess up. But it’s also a great toy for kids. I know my daughter can’t stop playing it!

Pick up a set of the Super Mario Great Adventure Game by clicking the link here!