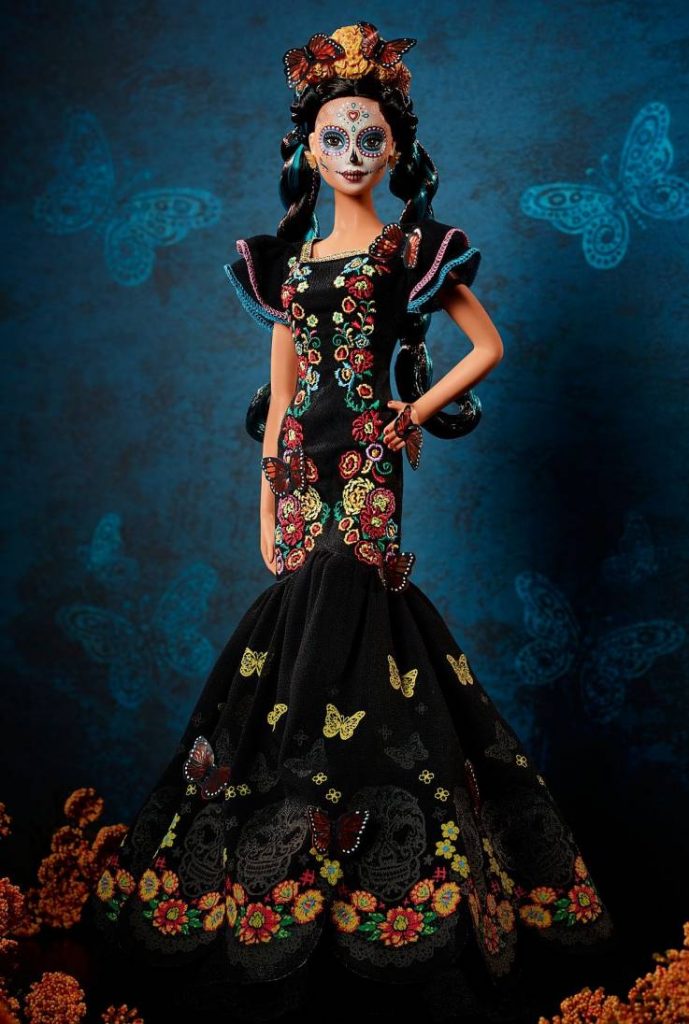 Barbie has made a lot of cool dolls lately. X-Men’s Storm, Dark Phoenix and Mystique as well as some beautiful Star Wars dolls. Throw in their newest Rosa Parks and Sally Ride dolls and we have quite the collection growing.

Mattel has created a new Día de los Muertos Barbie named Catrina. She is being made to honor one of the most spiritual and traditional holidays that Mexico has to offer. She has beautifully adorned makeup in celebration of the day.

Her dress is exquisite and is embroidered with traditional designs. The butterflies are meant to represent the cycle of life and the freedom of the spirits who have passed on.

She will retail for $75 and be available at Target, Walmart and Amazon. They will release the doll sometime September 12th. At the time of this writing she is not up on any of the websites. And if it helps I called Target and Walmart, they said they didn’t have her. So even though Mattel says she releases today it may be more like this weekend when you can finally get your hands on her. And they did both confirm that they ARE getting her, they just don’t know when.