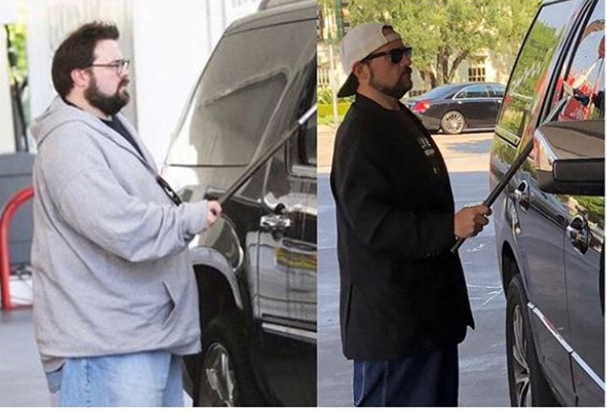 When Kevin Smith decided to lose weight after his heart attack he became vegan. He started really paying attention to what he was eating and even joined Weight Watchers becoming a WW ambassador. Now another weight loss company has been using his progress photo for a phishing scam, targeting those who want to use weight.

He warns us not to click on the phishing scam as they want to get vulnerable peoples information. They even use a fabricated quote about him taking their pills. Kevin only ever took pills for his heart medication and says he “never jogged”. He was able to find some humor in it as he says that he feels like Homer when he found that Mr. Sparkle box.

One of the top rated comments is by his friend Chris Jericho where he says, ” The only pills Kevin Smith takes are ones filled with love and good vibes…and THC! ?” Cutest comment ever.

Yesterday it was reported that Ariana Grande would be suing Forever 21 for use of her IP. It should be noted that they actually posed the model to mirror her from her music videos. It’s not the model that was the issue. It was that the model was posed to mimic her videos in a way that made them deceiving.