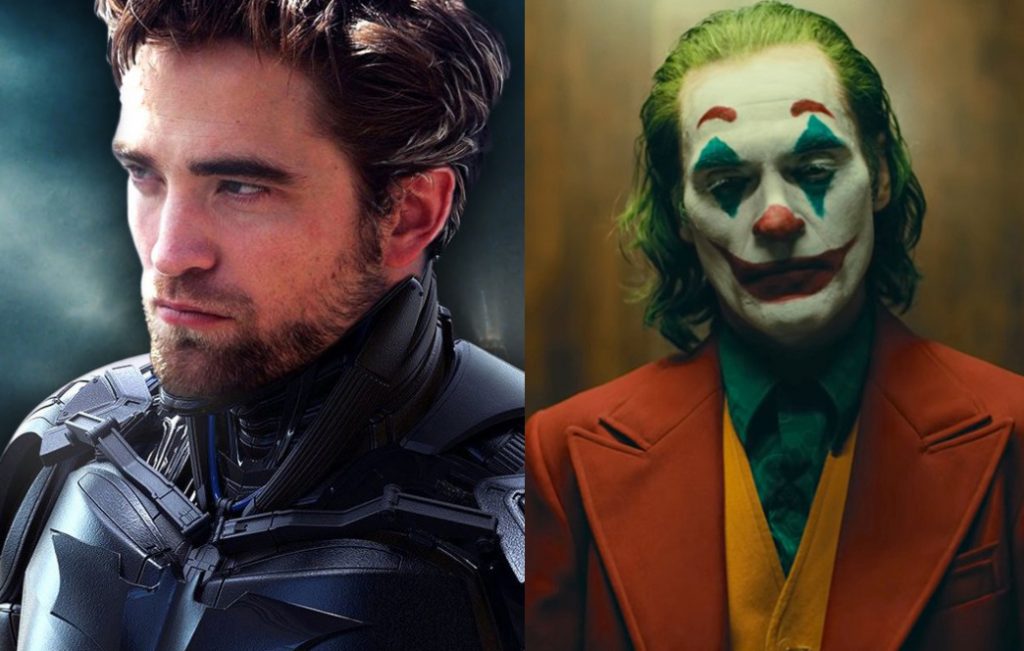 Pattinson Leaks Possible Crossover Between ‘The Batman’ and ‘Joker’ Films

Robert Pattinson accidentally let slip that there may be a cameo from the Joker in his new movie. Or that the movies will somehow intersect. It was a retracted comment that came from a Variety cover story that is causing the stir. Now people are thinking that there is going to be a definite crossover between the two films.

Pattinson made a mundane comment about the Joker and then before asking to retract. Writer Ramin Setoodeh made a note of a particular exchange between the two.

At one point in our conversation, he offers a mundane comment about Joaquin Phoenix, who stars in Joker (a movie he hasn’t seen yet), before asking to retract it. “Oh s—,” he says, adding that he’s not accustomed to thinking about spoilers. “I definitely should not say that. I’m so used to pretty art-house movies, where you can watch the movie three times and still not know what it’s about.”

Pattinson could have said anything but the fact that he noted something about the Joker is a huge clue. Variety noted that Pattinson commented specifically on Phoenix’s Joker and not the “Joker” movie, which would indicate that he was in proximity to him at some time. When they cast the two in their roles the thought was that they would do a couple of one offs using them and see how it went. But It’s doubtful that Joaquin Phoenix and Robert Pattinson would only sign on to film one movie in the DC universe.

“Joker” takes place in 1981 which is the same year that BVS establishes that Bruce Wayne’s parents died. So if we go by this theory Bruce has already been born. People are speculating that the new Batman movie will follow the comic The Long Halloween. A complex story about Batman hunting the Holiday Killer and the origin of Two-Face. The Joker also plays a small role in that comic so that is where we are thinking Joaquin Phoenix comes in. There would be possibility if this is where they are going with The Batman that it could set up for a third film between the two characters.

Joker also sets up a world in which “The Killing Joke” is highly touched on. A failed comedian, a loved one in trouble, and a mental break of sorts. If they were to make a third movie it could continue into the rest of that story where the two face off.

What do you think of the slip up? Do you think there is something to this? Tell us in the comments!