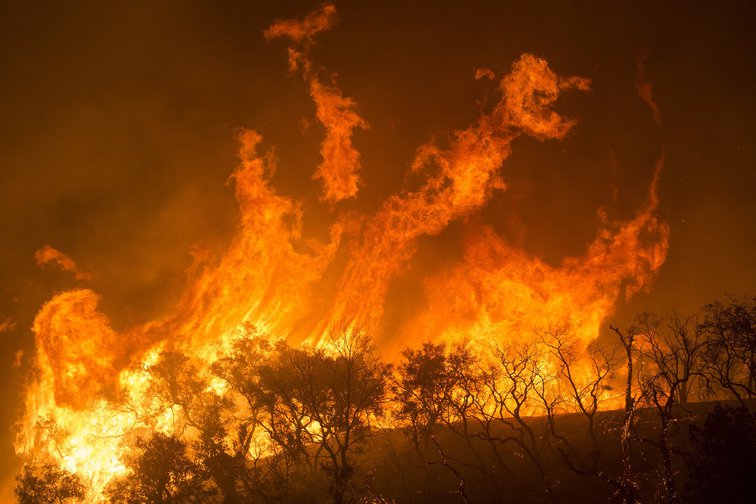 The Amazon Rainforest is Burning(and it Was Started on Purpose)

The Amazon rainforest is the largest tropical rainforest remaining on earth, home to 50% of the remaining rainforests. There are AT LEAST 2 million species of insects in the region. About 20% of all bird species and 20% of all fish live in the Amazon.

How the Fire Started

The Amazon does occasionally see fires. Even a rainforest can have a drought or other natural disaster. The issue, though, is that these are mostly man made fires. There are some 74,000 individual fires happening as of August, 2019. These fires are largely due to (often times illegal) slash and burn forest clearing without regard for long-term consequences.

Proper forest clearing usually involves removing some or all the trees in the area by chopping them down and then replanting. Slash and burn clearing is literally what it sounds like: trees are girdled – cut in order to kill them – and fires are started. Fire can be a very useful forest or land management tool… but these aren’t foresters. These are largely illegal actions in order to actively destroy rainforest to make room for farming.

Brazil’s extreme right president, Bolsonaro, is leading the charge. He has pushed back against conservation and science, undermined data released by his own government, and has put “economics” ahead of “not being dead because it doesn’t rain anymore”. He has spoken out in favor of agribusiness, mining, and general wanton environmental destruction. He has also taken hard stands against indigenous people who live in the Amazon, environmental nonprofits who work to protect the amazon, and pretty much anything positive to maintain the Amazon.

It’s not just wildlife and air quality at issue with the Amazon fires and the destruction of the Amazon. There are numerous people whose lives have depended on the Amazon for thousands of years. And the death of the Amazon is going to royally screw the rest of the planet.

Without a rainforest, you don’t have rain. As more and more of the Amazon is cut down, rainfall in the region is going to change. Trees literally breath out water and other small particles that then form clouds, fog, mist, and other ways water gets recycled in the tropics. Agriculture and grasslands don’t work the same way. If fires and destruction continue, the Amazon may reach a tipping point when it ceases to be a rainforest.

Research models put forth, according to Lovejoy and Nobre, tell us that at just 40% deforestation in an area, there is no more rainforest. It can’t readily return. You end up with a savanna or seasonal dry forest.

Under Brazil’s Bolsonaro, deforestation is up over 80% since his election. Fires put more carbon into the air, along with other chemicals and pollutants. The loss of the Amazon will also mean the planet will have less place to store the carbon being cycled on our planet.

Simply, fewer trees and fewer rainforests mean an astronomical loss of species form this planet and an increase in warming and desertification.

From around 1300 to 1800, the earth experienced a cooling period known as the Little Ice Age. One reason this happened was the Black Death in Europe and Asia as well as the violent and brutal genocides in the Americas. People died, deforestation stopped, trees grew back, and as a result the global temperature dropped. There were other factors, yes, but this is good evidence that large amounts of trees can be a part of controlling climate.

“Development projects must be implemented on the Amazon basin to integrate it into the rest of the national territory in order to fight off international pressure for the implementation of the so-called ‘Triple A’ project. (Editor’s note: This means conservation projects.)

To do this, it is necessary to build the Trombetas River hydroelectric plant, the Óbidos bridge over the Amazon River, and the implementation of the BR-163 highway to the border with Suriname.”

What can you do to help?

Stop eating less meat, or make sure your meat is ethically sourced. Buy local agricultural products when possible. Avoid giant agribusinesses. Find certified safe products that don’t destroy natural habitats. Support indigenous peoples through legislation, donations, or buying handmade goods and other safe products produced by the people living in the rainforests. Plant a tree. When you buy pets like fish and frogs or products from wildlife, buy them only from captive bred animals or from sustainable farms. Donate to a charity doing conservation work or work with local communities, like Rainforest Action Network or the Amazon Conservation Alliance. Stop Trump’s Administration from destroying our temperate rainforest.

Sorry, this story might not have a happy ending… but at least we can try and protect the planet.

What issue facing our planet worries you? Let Nerdbot know in the comments!