Nerdbot
More
Home Movies Casting Update for “Bill and Ted Face the Music” and a Dream... 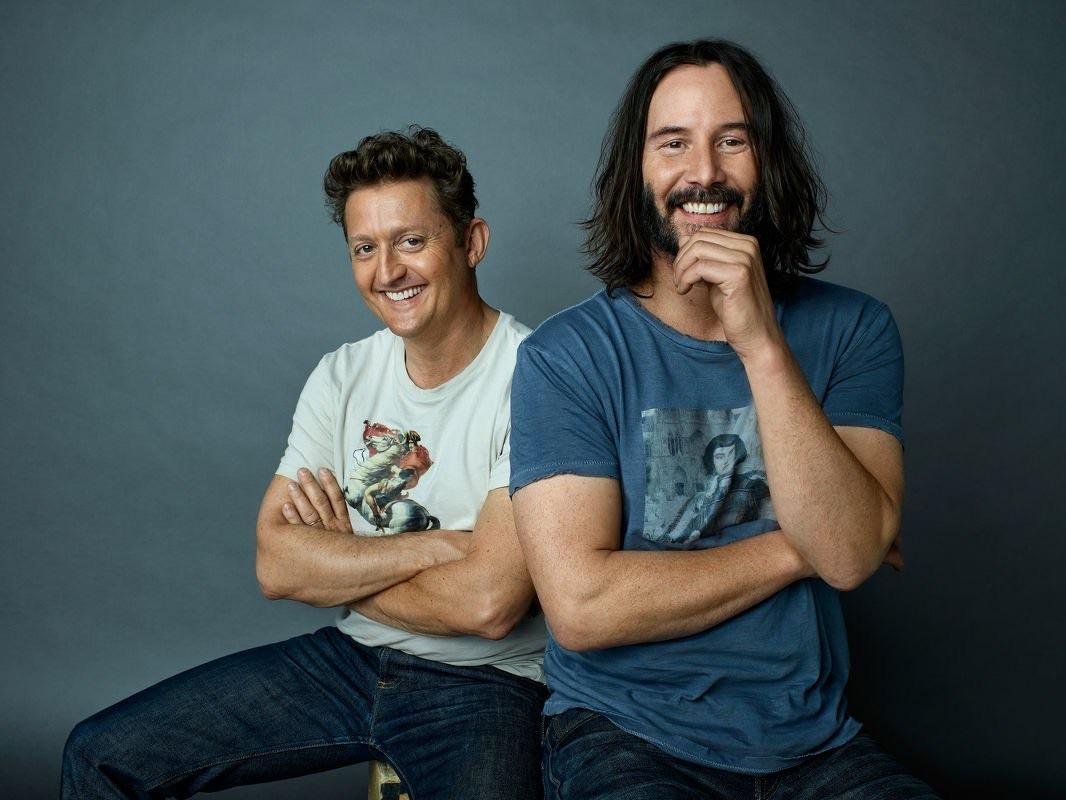 Things are moving along for Bill&Ted 3: Bill and Ted Face the Music. Shooting on the film has begun but casting updates are still coming in.

Actress/writer Holland Taylor announced on Twitter that she will be joining the cast of Face the Music. She will play “The Great Leader”, possibly a member of the group from the future that sent Rufus (George Carlin) into the past to aid Bill and Ted in the previous films.

Kelly Carlin also announced on social media that she will be joining the cast. Kelly is the daughter of the late George Carlin, who played Rufus in the franchise. Kelly’s role in the film is unknown at this time, although the speculation is that she will play Rufus’ daughter. Back in 2018, writer/creator Ed Solomon said of Face the Music that Bill and Ted would journey into the past and interact with their younger selves and Rufus. He also said, “There’s also a character in the movie named Kelly, which is George’s daughter’s name, who has a very significant role in the journey, so George is a deep, deep part of it.”

Some wounded warriors will also be appearing as extras in the movie thanks to an auction by the Homes for Our Troops organization that provides custom homes for badly injured veterans.

Brigette Lundy-Paine (Billie Logan) and Samara Weaving (Thea Preston) joined the cast as the daughters of the now middle-aged Bill and Ted.

But casting isn’t the only Face the Music news. Recently Make-A-Wish made a dream come true for a 16-year-old girl named Emily. According to her mother, Bill & Ted’s Excellent Adventure has been the young girl’s favorite movie since she first saw it. When asked by Make-A-Wish, she said that if she could have one wish it would be to meet the real-life Ted “Theodore” Logan. After contacting Keanu Reeves, young Emily was flown to the Face the Music set in Louisiana where she was able to watch the filming of a scene picked out by Reeves.

Vote for Pokemon of the Year Via Google

Cats Pictured From Below As They Lay On Glass

There’s a Website that Will Help You Calculate How Far Your Toilet Paper Hoard...