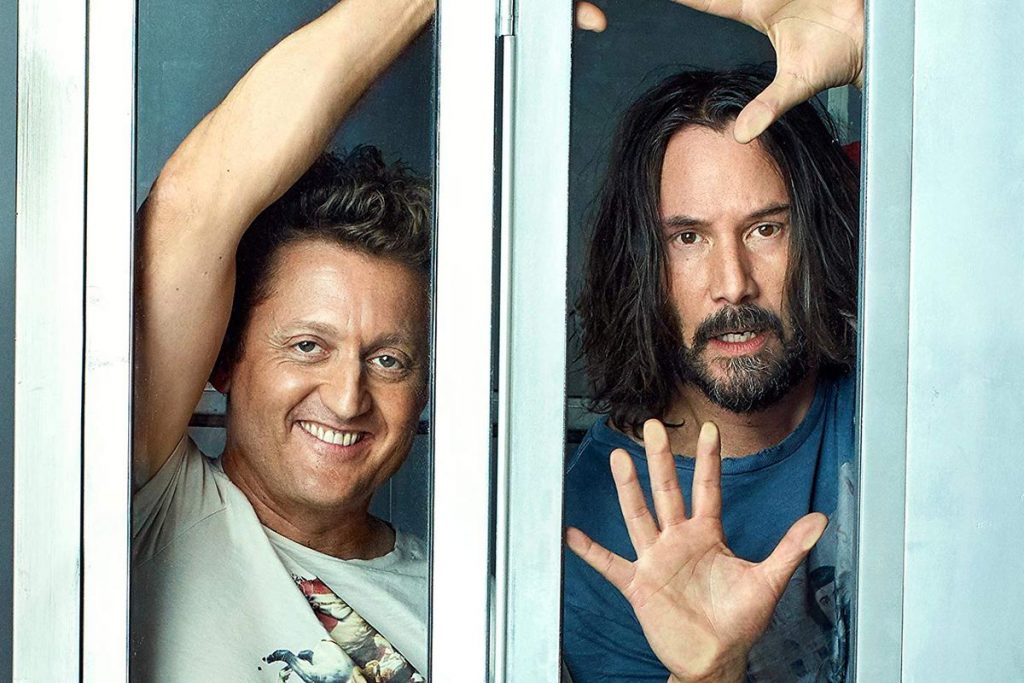 For a moment I was thinking this whole Bill & Ted Face The Music thing was an elaborate internet prank designed my some evil super-genius with a liking for 80’s and 90’s nostalgia. Even though the script has been written, actors have been cast, financing has been secured, I thought this whole project would never actually make it to production. But I was wrong, and I’ve never been more happy about it.

The folks at ComicBook.com found a tweet from Ed Solomon, he’s a dude is a writer of BT3 as well as the first two movies that provided a little insight into when filming would start for Bill & Ted’s next excellent adventure.

Granted I’m still waiting for the typical Instagram post from the director which contains a picture of a director’s chair, or maybe the classic time traveling phone booth with a number three drawn on it, but I’m sure we’ll get that at some point. Seems like everyone who is involved in the movie making process has their own way of commemorating the beginning of production.

Solomon did send out a tweet of a pie Ed together photo showing Brigette Lundy-Paine and Samara Weaving alongside the new movie dads.

Perfect casting choices if you as me, I’m actually surprised that Lundy-Paine is not actually related to Keanu. Maybe when the John Wick franchise gets the female reboot treatment, she can be the one who kills one hundred-fifty people in six minutes. I’d go see it.

The film’s official synopsis reads as follows; “Following 1989’s Bill & Ted’s Excellent Adventure and 1991’s Bill & Ted’s Bogus Journey, the stakes are higher than ever for William Bill S. Preston Esq. (Winter) and Theodore Ted Logan (Reeves). Yet to fulfill their rock and roll destiny, the now middle-aged best friends set out on a new adventure, when a visitor from the future warns them that only their song can save life as we know it and bring harmony to the universe. Along the way, they will be helped by their families, old friends and a few music legends.”

I wonder who these music legends will be? Personally I hope Primus, who Bill and Ted beat in the San Dimas Battle Of The Bands (that’s right they did), comes back and are still bitter for being beaten all those years ago, and become the film’s secondary antagonists. Fingers crossed.

We’ll have to wait until next year to see what happens but for those who thought this movie would never actually get off the ground, it totally has gotten off the ground.

Will Bill and Ted have to help their daughters with their history project? Let Nerdbot know in the comments!!