Superboy, Wondergirl and Slade – Oh My ! New heroes and Villains Are Spotted In This Trailer.

San Diego Comic Con gave Titans fans very little to look forward to, aside from some name drops and the casting announcements which were sporadically announced.

Published today on Dc’s Youtube Channel however, was the First Look Trailer for DCUs, Titans Season 2

As stated by in the Video’s Description the show is about ,

“ a group of young soon-to-be Super Heroes recruited from every corner of the DC Universe. In this action-packed series, Dick Grayson emerges from the shadows to become leader of a fearless band of new heroes, including Starfire, Beast Boy, Raven and others. “

While the trailer for the first season was very dark and had little costumes or abilities displayed – this trailer is filled to the brim with cameo’s , costumes and promises of the exploration of the Titans in this universe.

Dick Grayson , Kory, Raven and Beast Boy are all present, joined by a plethora of new and returning faces. Tempest, Hawk and Dove, Jerico, Superboy, Bruce Wayne, Donna Troy, Ravager and Jason Todd’s Robin were all spotted in this new trailer.

While the atmosphere and lighting doesn’t seem to be any brighter, this trailer is framed with a lot more pop and flash than any of its predecessors.

Hair and costuming looks on point, and the brief flashes of special effects and fight sequences look intriguing.

No real story has been teased, with this First Look trailer really just designed to entice newcomers and sway anyone who abandoned the app back.

What is your opinion on the trailer ? Are you Hyped up or does it fall flat ? let us know in the comments down below ! 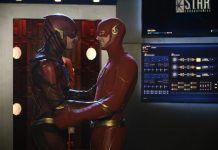 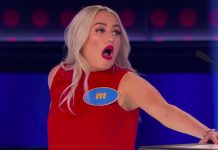 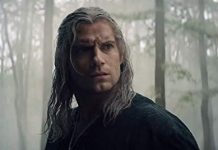 Beetlejuice Sequel Back In The Grave