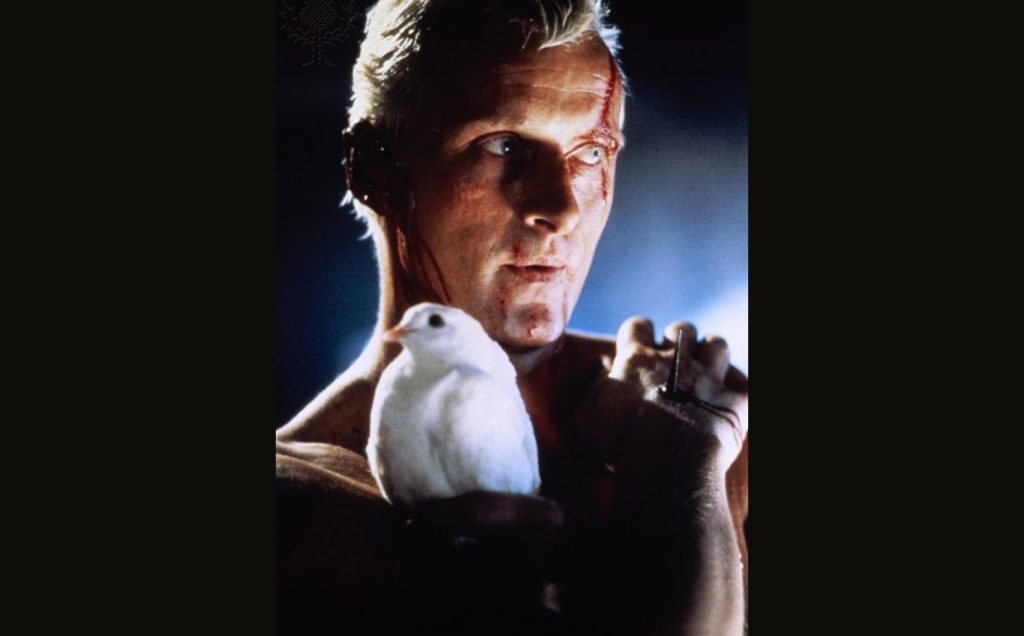 It was revealed in the press today that legendary actor Rutger Hauer died on July 19th. His estate chose not to reveal his death until his funeral on the 24th. Through his agent, it was revealed that actor died at his home in Amsterdam following a brief illness. He is survived by his wife, Ineke ten Cate and daughter, Aysha Hauer who is also an actress.

While Hauer had a career that spanned more than 50 years in television and film, his most popular role was in the classic Blade Runner. As Roy Batty, Hauer was able to take a murderous robot and make him sympathetic and even heroic. You feel for his anger and struggle over discovering that he cannot live past his predetermined expiration date and that he is just as fragile as the humans he served. His most famous scene is in the end where Roy spares the life of protagonist Rick Deckard, since he has come to understand how precious life is. The iconic speech he gives was mostly written by Hauer himself as he recounts the amazing things he has seen in his life and how they fade away “like tears in rain.”

Focusing on just Blade Runner diminishes just how extensive his career was. He worked with Dutch filmmaker Paul Verhoeven on his early successes which were as successful as they were shocking at the time. Hauer was a fearless actor who wasn’t afraid of his exposing his body in movies like Turkish Delight which was scandalous in the 1970s. After Blade Runner, Hauer mostly found himself cast in genre films like science fiction and fantasy. His expressive face and accent also led him to be seen as a villain in such movies as Nighthawks with Sylvester Stallone. Occasionally he would get a chance to be the hero, including the underrated fantasy Ladyhawke.

Hauer’s best outright villain was as the terrifying Ryder in the The Hitcher. The 1986 film has him play an complete psychopath and he is extremely effective without having to do a lot of talking. He just looked like a guy who would have no problem tearing you apart for the fun of it.

He never stopped working throughout the 90’s and 00’s and was notable for playing the head vampire in the original film version of Buffy The Vampire Slayer. While he also did some really cheap scifi movies like Split Second or Crossworlds, he could just as easily pop up in big budget stuff like Batman Begins. Hauer even did some video game work as well, appearing in the cyberpunk adventure game Observer and even in Kingdom Hearts III.

His presence will be deeply missed but he leaves behind an incredibly varied body of work. Even with his death, many of his roles will still be remembered for years to come. Just for fun, people should definitely check out the little remembered but very silly Blind Fury. He got to play a blind vietnam vet who is also a master swordsman and still manages to play that convincingly. If that does not indicate how cool of an actor he was I don’t know what will.