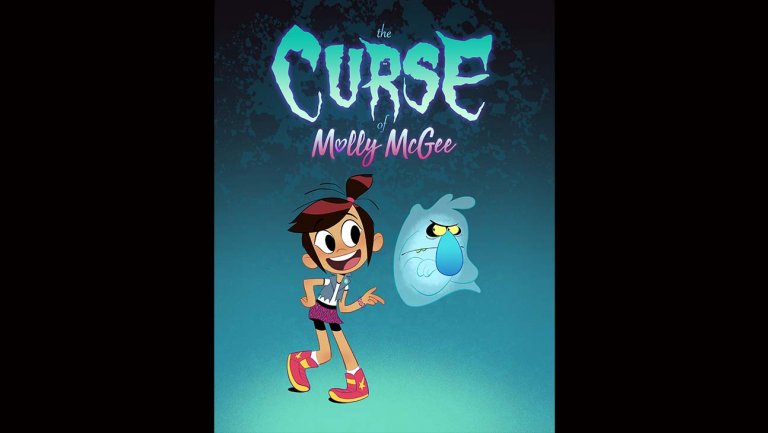 Disney’s Newest Cartoon is “The Curse of Molly Mcgee”

Disney has just ordered a new animated series called “The Curse of Molly Mcgee”. The show is going to follow Molly who is the most optimistic girl on the planet and strives to make the world a better place. It will also follow Scratch, a grumpy ghost who loves making people miserable. He tries to curse her but it ends up backfiring and they end up bound together, much to his dismay. It all sets up to be a comedic duo who undoubtedly form an unlikely friendship.

The Curse of Molly Mcgee comes from Emmy winning duo Bill Motz and Bob Roth. They are both known for their work on Lego Star Wars: The Freemaker Adventures. Steve Loter who worked on the Kim Possible series is set to produce the show.

Disney Channels senior VP of animation strategy told Hollywood reporter that this is just one of the many projects to be announced this year. She said, “Along with numerous projects in development from this group of incredibly talented creators, we are posed to lead Disney’s TV animation legacy of inspired storytelling and beloved characters into the future.”

Disney has a few cartoons focusing on the more Halloween culture and this one is going to be focused more on the older kid. Vampirina is famously their Disney Jr. go to for getting young children into vampires and other spooky beings. The Curse of Molly Mcgee is set to be more tweeny and will be one of the new additions to the Disney XD shows.

We are excited to see how this turns out. It seems like a great premise for a new show, kids and adults alike. It reminds me a little bit of The Grim Adventures of Billy and Mandy. So let’s hope that it brings that kind of energy to the table.

Are you excited for this new Disney Cartoon? Tell us in the comments!