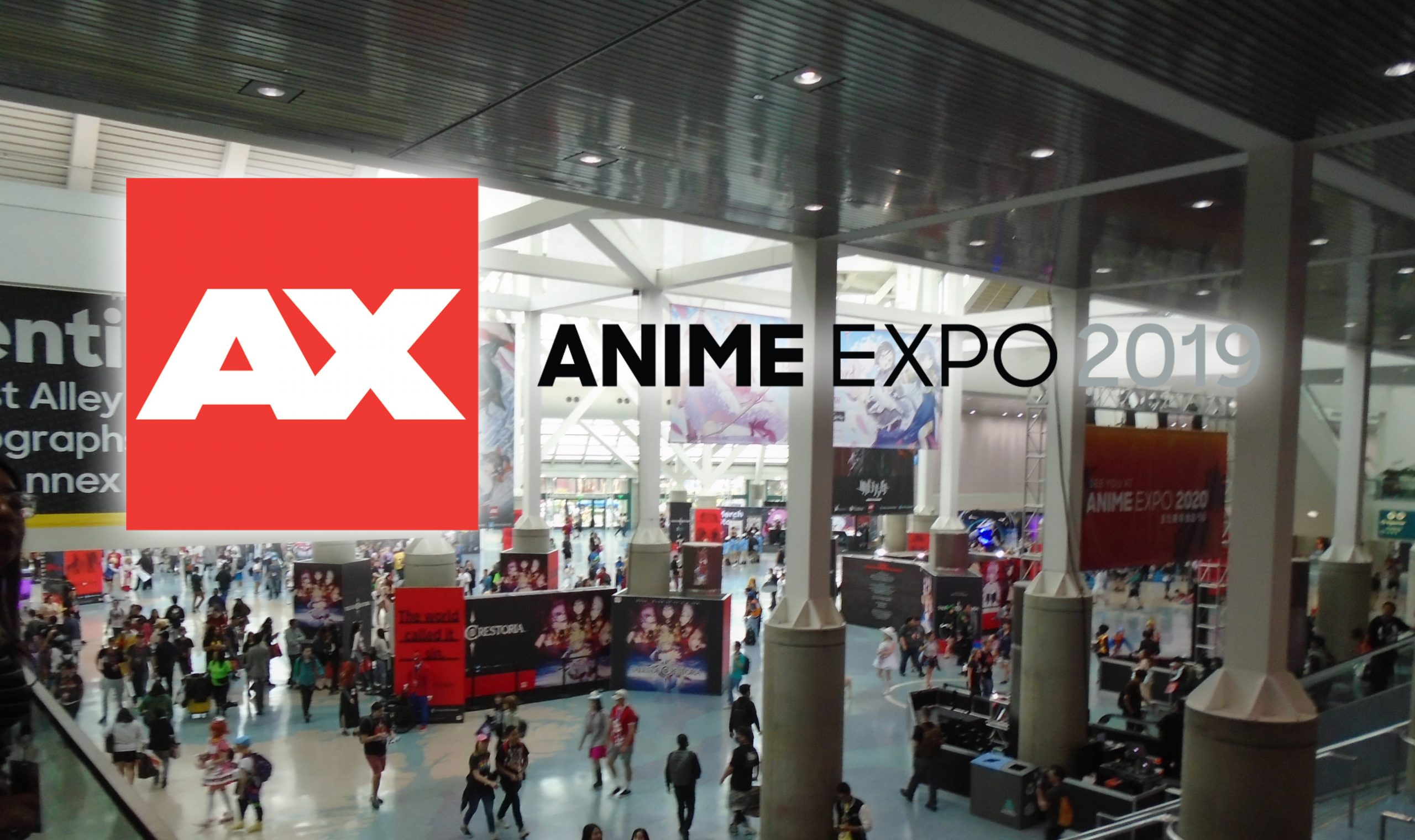 Anime Expo always seems to bring in a large crowd of fans and industry people. They had over 300k attendees this time around during the 5 day convention. This year their biggest headliner Katsuhiro Otomo, who is now working on a new movie “Orbital Era” attended the event. They also had a plethora of other guests including Bisco Hatori, creator of Ouran HighSchool Host Club, and too many voice actors to name. Every outlet brought their most popular series dub actors and Viz had everyone who had worked on the Sailor Moon dub minus Sailor Mercury(Kate Higgins) who is reportedly very shy.

The traffic was a lot better this year. It seems that they were able to block off a lot of the traffic and dedicate it to attendees needs. Many of the roads surrounding the convention center were fenced off for what seemed like construction, but it actually made things easier. Because of the construction, LA Live, the Staples Center, and any other place of business had much less outsiders. It felt like Anime Expo attendees had that entire portion of LA to themselves.

Parking was easy and you were able to park very close to the convention center. The cost increased a bit since the last few years, from $25 to $28, but it was totally worth it to just be able to park and walk in.

The line to actually get into the convention was admittedly long. But that is to be expected when you attend an event as large as this. This was planned for however, porta potties we’re located outside for emergencies, there were several lines for security including one for attendees with no bag to check, and there were plenty of shady spots to rest. The ADA and Press/Exhibitor entrance was lumped into two lines as well. They do recommend that you don’t bring a bag for quicker entry but that does make it harder to bring water etc. into the convention center.

The Entertainment Hall was full of companies showcasing new games. There were a lot of cell phone games that were available for download, tables set up to try newly developed card games, and Round One, the arcade style game house had several set ups for new and improved video games. Funimation had an area where you could get prizes for punching a punching bag or taking a picture with a giant pop figure of All Might. The cosplay repair area was buzzing with amazing cosplayers, all trying to get their outfits together. There were even a few that decided to come in plain clothes and just get dressed in there, which my friend and I thought was the smartest thing we had ever seen!

Their selection of food this year was amazing. Anime Expo Eats was a hit and it was located directly across from the convention center. And Okamoto Kitchen had two trucks on Sunday, one parked at the convention center and the other across from it at the Expo Eats parking lot, fulfilling their bento box orders. This year they had a huge line and everyone in that line knew that it was worth the wait.

The Exhibit Hall had many vendors and up front and center were companies like Crunchyroll, Viz, Funimation, and some of the other heavy hitters for anime. This year it was easy to navigate and the aisles seemed wider than previous years, which made it easier to walk around.

Artists Alley was a little cramped to say the least.  They had the aisles too close together and it made it very difficult to get through, which is a shame because that also meant it was harder to enjoy and see the artwork being sold. Down stairs in Kentia Hall alongside the tea curing fan favorite Artists Alley, they also had a new addition this year. Along with their “Safe Space” they had a kids area that was provided by Kiddie Corp. It was a great area for families to go when wrangling the little ones proved to be too much. They provided games, toys, and coloring supplies on a cushioned and enclosed kid safe area, along with some awesome free posters as a goody at the end of your visit. Since I brought my child this year, it provided a nice break from the crowds in Artists Alley, which really was a shame. This was their first year there and I hope that they make it a regular addition in the years to come.

The traffic to and from places in the convention center moved smoothly. The extra staff they seemingly had this year did a wonderful job of directing people and I had no issues getting through the crowds around the convention center and throughout LA Live. Though admittedly it was a little harder traveling from the Entertainment Hall to the Exhibit Hall. The food area upstairs always makes it a little hard to navigate, especially since this year seemed to include more vendors located there alongside the tables. You could always choose to go down the escalator and brave the entry area, but that gets crowded as many cosplayers stop to pose for photos there.

All in all this year was more or less a smooth ride. It was better organized than last year with the only hiccup being on Day 1 with the line to get in being hours long. Some did not even make it inside before giving up. AX addressed the issue and it ran much better the next few days. They also incorporated notifications in the App that told attendees where the shorter lines were to be able to spread it out in an accommodating way. Anime Expo being aware of the issues and always strives to be better in organization so it’s safe to assume next year will be even better!

Lashana Lynch to be Next 007