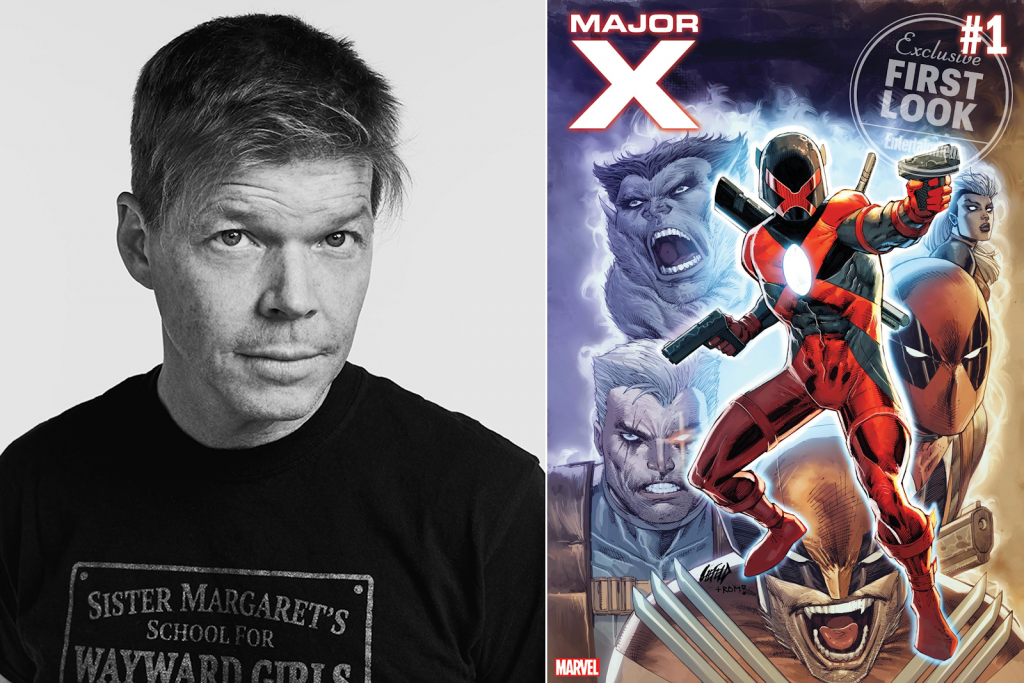 Bring it on folks! Here we go Rob Liefeld is at it again bringing back Major X. This series debuted a brand Marvel character named Major X, this series runs for 6 issues. . . so far. This series released earlier this year. Quick synopsys WHO IS MAJOR X? A mysterious new player enters the Marvel Universe and the X-Men are in his crosshairs! What is his mission and how can the man known as Cable hope to stop him? Writer/artist Rob Liefeld introduces a new wrinkle in the saga of Marvel’s Mightiest Mutants!

Rob recently had this to say about his series: “The ranks of X-COMMAND are revealed in the pages of Major X #0! Do I actually take their helmet’s off?? The world of Major X expands as the mythology and legacy is explored. Can’t wait to share it with you all!”

With Comic con and London Film just around the corner I have a sneaky suspicion that he will drop more hints and/or details to come. If you haven’t checked out this series I highly suggest you do so, you will not be disappointed at all.

Deadpool accepts a hit from a mysterious group of overzealous techies called the Watchtower. His intended target? Wolverine! There’s a bounty on Logan’s head, and Deadpool plans to collect! But will the Watchtower prove too morally questionable for even the Merc?  The beginnings of the hit Major X series can be found in these classic stories!