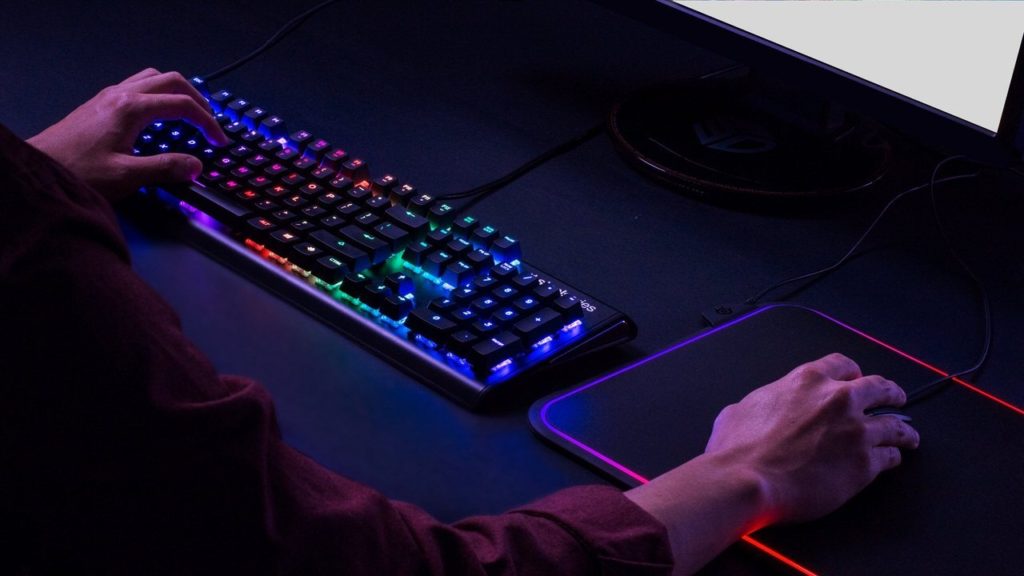 Every gamer knows that sometimes, you’re only as good as your gear.

Whether it is the rig you’re using or the chair you’re sitting in, there are more than a million ways to play a game and there are almost as many accessories to help you do that.

We’re not going to tell you which is which, but we will tell you all about the top gaming accessories on the market right now.

These products span a range of offerings and should represent most every major accessory category out there.

Best of all is that you can bet your bottom dollar that these are the best that are out there for you to buy.

What racing game would be complete without a racing chair to play it in? Imagine the support of a race car’s seat but with the comfort of an office chair. That’s basically what you get with a racer gaming chair and, when combined with a steering wheel, this is THE ultimate way to drive. Another aspect that makes a racer gaming chair so much fun is the fact that they bring that extra level of immersion to your game. The only thing you need outside of this is a machine to simulate the tosses of the curves and bends in the road for the truly arcade experience.

Calling this one of the best categories of gaming accessories is kind of a no brainer, but it is also nearly essential at this point. Why? Games are getting so immersive and the sound in them so ridiculously good that you will literally miss out on the action if you can’t hear it. Gaming headsets make sure you hear all of the action brings life into game worlds that surround sound systems sometimes fail to do. For many gamers, it is an either/or proposition when choosing between a surround sound system and a headset. But we do know this much for certain: One keeps you totally locked in while the other might bother the heck out of people around you.

A good television set is another essential for the serious gamer. Again, because modern games are coming in at such high fidelities in terms of graphics and sound, it only makes sense that you would actually want to see this. Here, lesser monitors and televisions just don’t cut it. It has to be 4K all the way or no play.

Calling this a gaming accessory might make more than a few VR heads out there upset. That’s because, more than anything else on this list, VR headsets are moving out of the realm of accessory and into the world of consoles and primary gaming devices. Many people think that VR gaming is the future, and we agree with them. Because of that, a VR headset will almost be required standard equipment in the future but it is simply a must-have accessory right now.

These protect your controller from the elements and keep it clean at the same time. What more could you ask than that? But another, less cited benefit, is that controller silicone skins improve your hold on the peripheral and make sure your grip and button presses are sure. But really, we can’t underplay the protective features of the silicone controller skin and how it keeps your accessory looking brand new for years on end. Given how expensive controllers are, this is no small benefit.

For the serious PC gamer, you have to have a keyboard and mouse worthy of your gaming sessions. Without them, you’re just playing around. On a serious note, some keyboards and mice are better equipped for certain types of games over others. First-person shooters, for example, are a genre that often benefits from precision and accuracy as well as fast response times. Keyboards that can be fully customized and a mouse with multiple buttons is also something that an MMORPG player would love. Basically, any complex PC game with multiple inputs or the need for quick responses will benefit greatly from integration with a top-notch accessory.

The one “gaming accessory” that the whole house can love, a surround sound system, like the headphones above, bring next level immersion to a game session. Again, it is all a matter of preference but, if you love high-fidelity sound, there’s really no question about whether or not you should get a surround sound system. One nice thing about this gaming accessory is that, like a television, there’s a ton of competition out there so you can end up spending pretty much whatever you want.

Plant yourself on the floor and never worry about shifting around during a long gaming session with these floor gaming chairs that get rid of the wheels and make sure you remain focused on your game. Some people don’t like these, others swear by them. It is probably a personal preference thing more than anything else, but we love them and we think you will, too.

A charging station has more benefits than just for your gaming. Think your controllers and wireless headsets as well as all of the other stuff that might need to be recharged. Setting up a centralized place for handling all of this not only makes your life easier but also makes your gaming center that much more professional.

The last but definitely not the least in terms of gaming accessories, soundproofing foam allows you to game at top volumes but also provides you with extra insulation for recording audio when streaming and things like that. Really, this isn’t an option if you are a video game streamer and probably isn’t very optional if you live with other people.