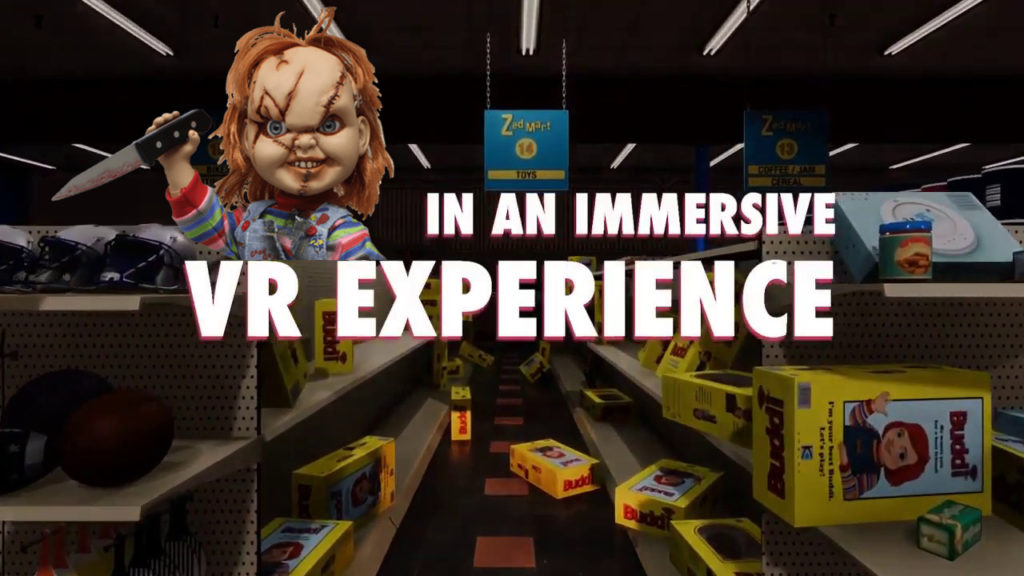 Welcome, you are among a select few chosen to meet Buddi before the general public.

Today, Wednesday, June 12, prepare to encounter your best friend Chucky like never before in an all-new Child’s Play Virtual Reality Experience, coming to your mobile device, desktop, or VR headset!

“From the beginning of this partnership with Orion, the goal with Child’s Play VR was to bring part of this insanely fun and creepy movie to life in a way that has never been done before,” Child’s Play VR director Dan Clifton, founder of branded content company Top Right Corner, explained in a press release. “After getting an early look at the script and some of the dailies, the idea was always primal: put the audience on Chucky’s home turf in a place where they will be uncomfortable. In the film, that’s represented by Zedmart, a discount catch-all everything store where much of the action takes place.”

Child’s Play VR is compatible with the devices below and is available for you to play now. The Child’s Play movie hits theaters on June 21.