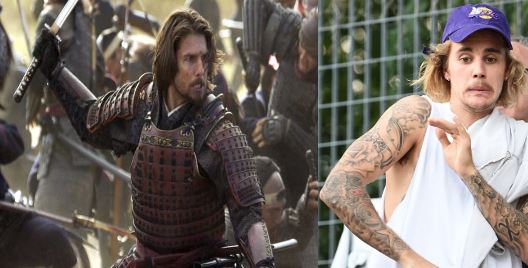 On Sunday Justin Bieber went on Twitter to challenge Tom Cruise to a cage fight, suggesting that Dana White consider hosting the match. Dana White is the head of the Ultimate Fighting Championship (UFC), which is the world’s largest mixed martial arts (MMA) organization.

On a side note, McGregor also called out Mark Wahlberg by tweeting: “Back when mark wahlberg was marky mark, I’d’ve still slapped the ears off him and took my ufc shares back.”

McGregor isn’t the only one trying to get in on the action. YouTube celebrity and vlogger Logan Paul responded to Bieber’s tweet by putting himself forward as a contender, saying “Why you wanna fight a 56 year old… let’s dance.” UFC fighter Justin Gaethje responded to Paul’s tweet with, “I’ll fight the both of you at the same time.”

In a match-up between the two, Bieber has the age and height advantage whereas Cruise would have the weight advantage. Jake Marsh of the comedy-sports podcast Pardon My Take took the stats a little further:

Online sports betting company Odds Shark told Bieber, “We don’t like your odds, Justin” and set opening odds for the fight at Bieber -200 vs. Cruise +150. BestFightOdds are offering the opposite: Justin Bieber +150 vs. Tom Cruise -200.

MMA professional fighter Bobby Nash tweeted to Justin “You’re calling out a 56 year old man lol,” but many feel that Cruise would trounce Bieber easily. As amateur MMA fighter Tony Posnanski tweeted, “Tom Cruise was an all state wrestler in high school and has been training for over thirty years… You can’t eat a burrito correctly… Sit down Biebs.” One tweet questioned Bieber’s ability to beat Cruise in a dance competition, let alone a fight.

Most people seem to think that Cruise — who regularly trains to stay in peak physical condition and does many of his own stunts in his films — would wipe the floor with Bieber. And if it isn’t bad enough that people are saying Bieber would be trounced by a man twice his age and two inches shorter than he is, Bieber is also being called out for his use of “your” instead of “you’re” in his tweet.

While a fight between Bieber and Cruise would be entertaining (and probably short), if it never comes about at least the comments on Twitter are pretty funny.

But the most confusing bit about the whole thing is why Bieber is calling out the action movie star. No one knows of a beef between the two. Some feel it may end up being a publicity stunt for an upcoming release.