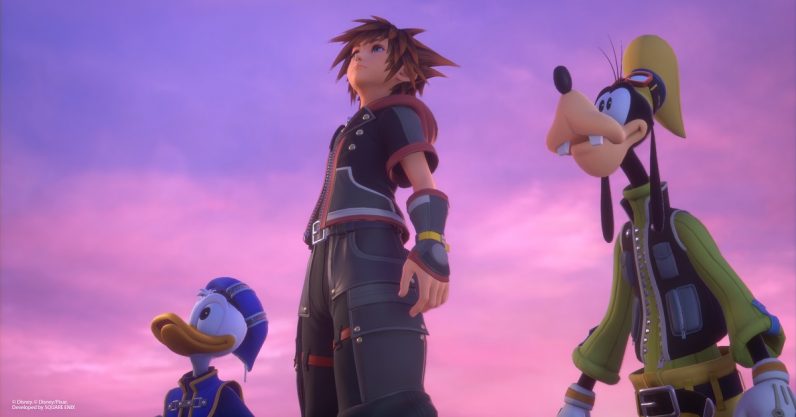 Yesterday, director Tetsuya Nomura officially announced the first DLC for Kingdom Hearts 3. The announcement was made during the Kingdom Hearts Orchestra World-of-Tres concert in Tokyo. Although much is still unknown, Nomura did provide enough information for fans to get excited about Kingdom Hearts REMIND.

Kingdom Hearts REMIND will be more or less a Final Mix version of the game, with extra content and episodes. The DLC will be highlighted by a mysterious additional scenario simply titled “REMIND.” According to attendees of the concert, the DLC will also include a secret boss, secret episode, and limited episodes and bosses. An English language option will also be made available for Japanese versions of Kingdom Hearts 3. No information was given on how much this DLC will cost or when it will launch.

Additionally, Nomura also revealed some free DLC content to players in the form of a new keyblade and “form” for players. It is unclear whether this “form” will be a new Keyblade form or a new Formchange for Sora. Nomura revealed this information to the audience in a surprise announcement at the end of the Orchestra’s concert. More information will likely be provided by Nomura as the DLC is completed.

Until then, fans can enjoy knowing that there are more adventures for Sora on the way. Thankfully, our wait won’t be quite as long this time either.