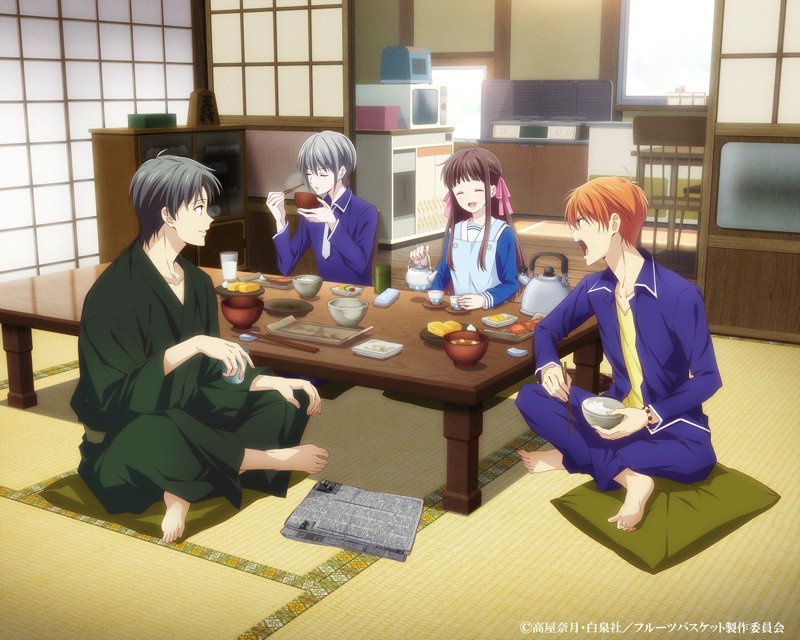 Fruits Basket holds a very special place in my heart. It was one of the first manga I ever picked up from my local library. I fell in love with it. In fact, I checked out volume one so many times that I can quote passages from it to this day. I collected and read the entire series multiple times. I bought all the DVDs as they were released. When it comes down to it, I can confidently say it makes it into my top five favorite manga of all time. So I was nervous and excited when I heard about the remake. Would it hold up? Could it?

It can. After absorbing episode one I am pleased to say that most of my fears have been relieved. Episode one followed the same vein as the original first episode. So much so that it even ends on the exact same moment. What makes this remake truly shine though is the details. The new art style allows an attention to detail that the original just didn’t show. Tohru’s hair strands dancing in the wind, Kyo’s cat form swaying as he is lifted, even the shifting of clothing is rendered with a level of detail that makes it so much more realistic. ( Someone explain why Motoko’s hair is blue though!)

Visual details aren’t the only ones making themselves prominent though. Story details have also been given a fresh coat of paint. The remake subtlety slides in more small details than the original, meaning a more comprehensive understanding for new viewers.For instance, the opening scene emphasizes the promise of the curse in a way the original did not. There are many lines that I can swear have been plucked directly from the pages and placed into the show. There is a clear maturity and growth to the voice actors’ voices as they reprise their roles. Overall, I felt the characters’ emotions in a more concise way.

The original Fruits Basket anime will always be special. The remake is setting up to be something special as well though. It’s definitely different, and will likely take time to get used to if you watched the original, but it’s worth it. The love and care being put into the new series is already making it something to adore. I for one am ready to re-explore the zodiac curse.