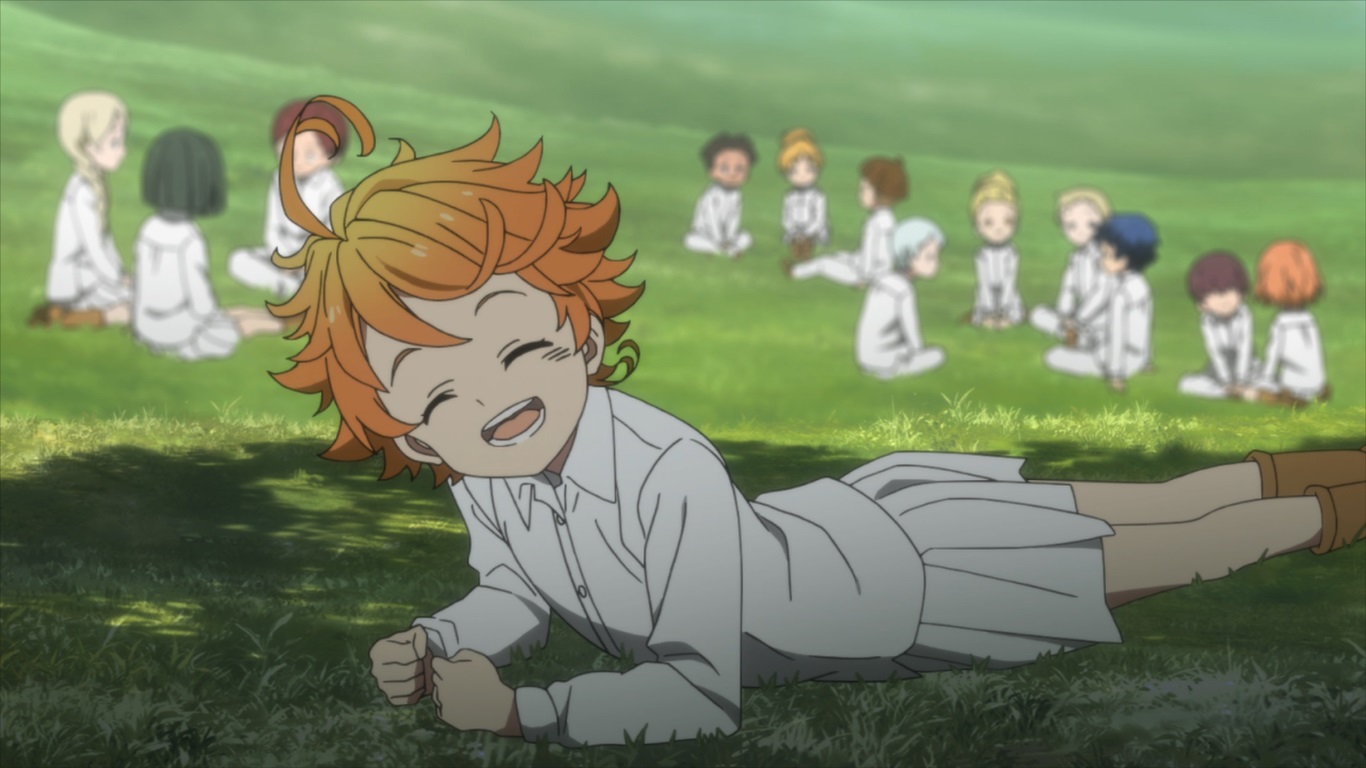 If you haven’t been watching “The Promised Neverland” this anime season then what have you been doing!? It is one of the biggest titles of the winter line up and rightfully so.

“The Promised Neverland” is a about children who live on a farm and are harvested to terrifying creatures. They plan to overcome this fate however there is quite a few obstacles to say the least. It is a weird horror-esque anime in that while you are pulled into the daily lives of these children you are also watching them deal with very scary and very real circumstances. It’s a psychological thriller in that there is so much manipulation going on within the characters that you can’t help yourself from watching them and figuring out their motivations.

Recently the English Dub cast was announced for the show and we couldn’t be more excited.

Really though if you haven’t watched it, hop on over to Crunchyroll and check it out. You won’t regret it!

Created by Kaiu Shirai with illustrations provided by Posuka Demizu it was first serialized in Shonen Jump(2016). It has done extremely well and rose to notoriety quite quickly. While the first season has concluded they are working on a second slated for a 2020 release.

Have you read the manga or watched the anime already? Tell us in the comments!

Angelina Jolie To Play Sersei In Marvel’s The Eternals