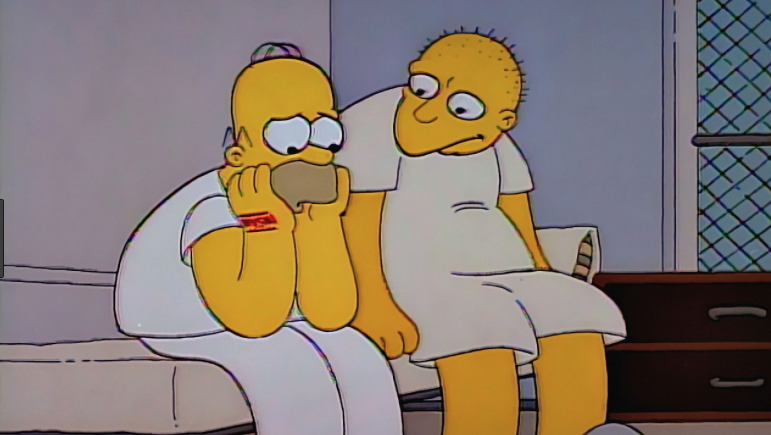 Sad news for all The Simpsons fans out there, our beloved episode of Stark Raving Dad (Season 3 Episode 1) will be pulled from the Simpson archives forever. Along with any streaming platforms and any future potential DVDs and Blurays. If you are not familiar with the episode it is where Homer is institutionalized for wearing a pink shirt to work (after Bart threw his lucky red hat in the wash with the rest of Homer’s whites) and ends up being roommates with a man who claims he is Michael Jackson (voiced by Michael Jackson). Even the famous song “Lisa it’s your birthday” comes from that episode. Interesting tidbit, Michael was never announced as the guest voice actor. Instead his role was credited to John Jay Smith, but in the original DVD commentary, it was said that it was indeed Michael Jackson.

The decision was finalized on March 7th and announced by executive producer James L. Brooks. He said he and the creative team decided to pull it after watching the HBO special of Leaving Neverland. The special is about two men (Wade Robson and James Safechuck) as they recall their time on Neverland Ranch and go into detail about how they were sexually abused by Jackson. “I’m against book burning of any kind,” Brooks said, “but this is our book and we’re allowed to take out a chapter.”

What do you think of them pulling the episode? Do you own any of the old DVD sets for season three? Tell us in the comments!