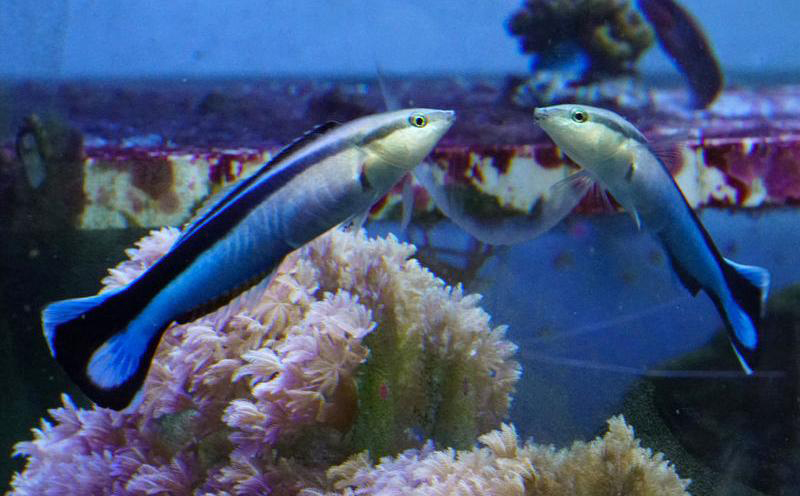 A Fish is Now Fully Self-Aware!

One of the most important tests in intelligence and self-awareness is the Mirror Test. Simply put, a mark – a sticker, a pen mark – is put on an animal and they they are shown a mirror. If the animal realizes the mirror is it’s own reflection by using it to find the mark, that’s high marks for self-awareness.

People can do it. Many primates, birds, pigs, and cetaceans can use mirrors. And now… fish are showing they’re just as smart and connected to the universe as we are.

According to researchers at the Max Planck Institute and Osaka City University, cleaner wrasses recognize themselves.

Cleaner wrasses are common marine aquarium fish. They also “clean” other fish, essentially setting up shop and removing parasites or dead skin from other fish. In doing this, they need to recognize many different species and physical actions of multiple kinds of fish and other animals. That’s a good reason to build intelligence and understand the “self”.

What animals do you think are smarter than we give them credit for? Let Nerdbot know in the comments!