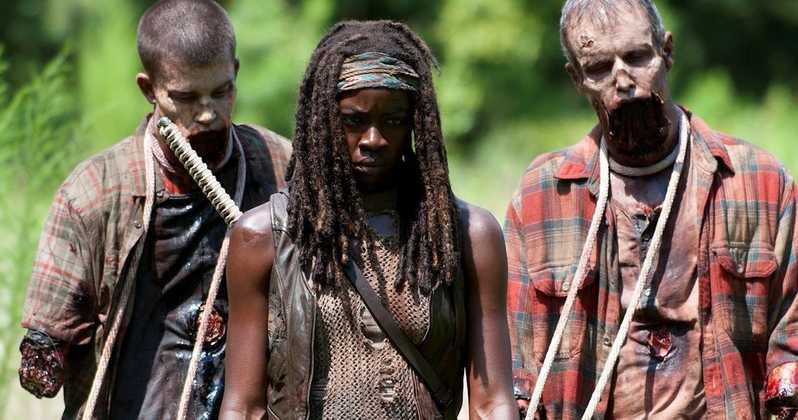 Raise your hand if you’re still watching The Walking Dead.

Well, based on the ratings there’s still quite of few of you tuning in to AMC’s post-apocalyptic zombie show.

As reported by The Hollywood Reporter, Michonne, played by Danai Gurira is leaving the show after Season 10. Also, in Season 10 she will only have a limited role in just a few of the episodes.

After the departure of Andrew Lincoln (Rick Grimes) in Season 9, things aren’t looking good for this long running production.

Though there are bigger roles at play.

Shortly after Andrew Lincoln left the show, they announced pre-production on a new set of movies starring Lincoln, reprising his role as Rick Grimes. Though exact details of the plot are still unreleased.

Don’t rule out Danai Gurira and other characters finding their way on the new TWD movies. Also…SPIN OFFS! With the large body of work the show has left, there are plenty of storied characters that can carry the torch in different directions.

It’s safe to say, even with Jeffrey Dean Morgan (Negan) still attached to the show and new plot devices about to unravel in Season 9, it’s safe to say that The Walking Dead will come to an end soon after Season 10.