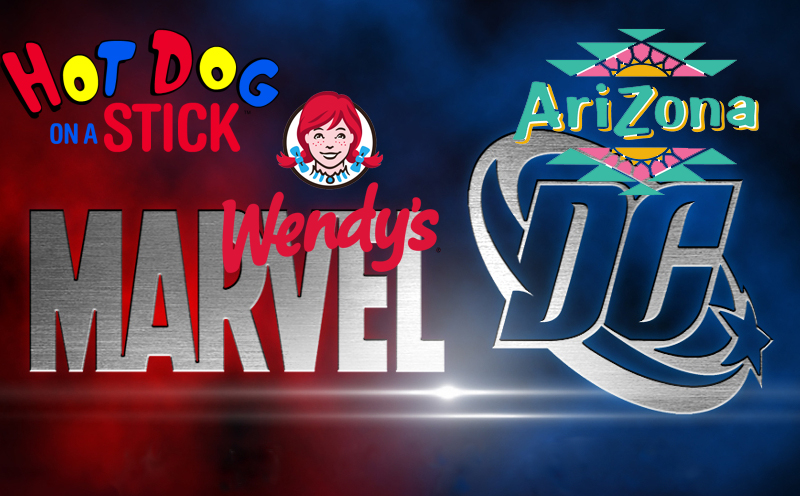 One of the odder parts parts of our magical internet age is how popular brands have developed sentience. Social media has provided a way to show customers that faceless multinational conglomerates are just like you and me. The result of this has been mixed with some companies able to handle it better than others. For every company like Arby’s with their fun anime nerd twitter feed, we also have Sunny Delight having a fake existential crisis. While the debate rages on over whether this proves that capitalism has truly run amok, we can at least have some fun with the concept of brands as people. One of the people who has been able to best show off the playful absurdity of social media engagement has been writer Gail Simone.

Simone has had a long and extensive career in comics, having written for almost every major publication. Her stints writing for Deadpool, Batgirl, Red Sonja and Domino has made her a legend in the industry. So much so that she was recently named chief architect of a whole run of comics, Catalyst Prime, for Lion Forge Comics. Simone is also one an especially savvy user of social media, having used to her twitter account to have fun with fans and diss trolls. On wednesday, she mused with her followers how restaurant chains sound like Spider Man villains.

While trading jokes about the topic with her fans, she asked Wendys directly if they were Marvel or DC fans.

When Wendys answered definitively with “Marvel”, what resulted was a snowball effect of a whole slew of other companies jumping in to the argument. Pretty soon, the likes of Hot Dog on a Stick, Rally’s and El Pollo Loco jumped in on the action. Simone began running a tally on how various companies stood on the issue with some surprising answers. We now know that Hot Pockets are fans of Valiant Comics and Arizona Iced Tea repping for DC. Other companies like Little Debbies and Subway chose a more diplomatic route by arguing that they are all good. Even Archie Comics got some love from A&W restaurants.

The whole thing has been completely ridiculous but has also been a kinda touching look at the people running these accounts. It ends up transcending the whole sticky issue about corporations as people and has given genuine fans a way to share their love of comics.  Whoever runs the Wendy’s account clearly knows their comics and backed up their love by describing their love of Matt Fraction’s Hawkeye run. Personally, the whole thing has a bittersweet note since so it seems that Marvel is winning the battle. As a lifetime DC fan, it was harsh to see their twitter account post a broken heart emoji over being on the losing side.

I never thought I would type this, but I hope the likes of Dunkin Donuts can be on my side.  If nothing else, it has helped reignite interest in the return of Amalgam Comics which is when Marvel and DC’s universe merged into one. Capitalism in the information age may be completely insane, but at least we can maybe get some fun comics out of the madness.

What team do you play for? Marvel or DC? Tell us in the comments!