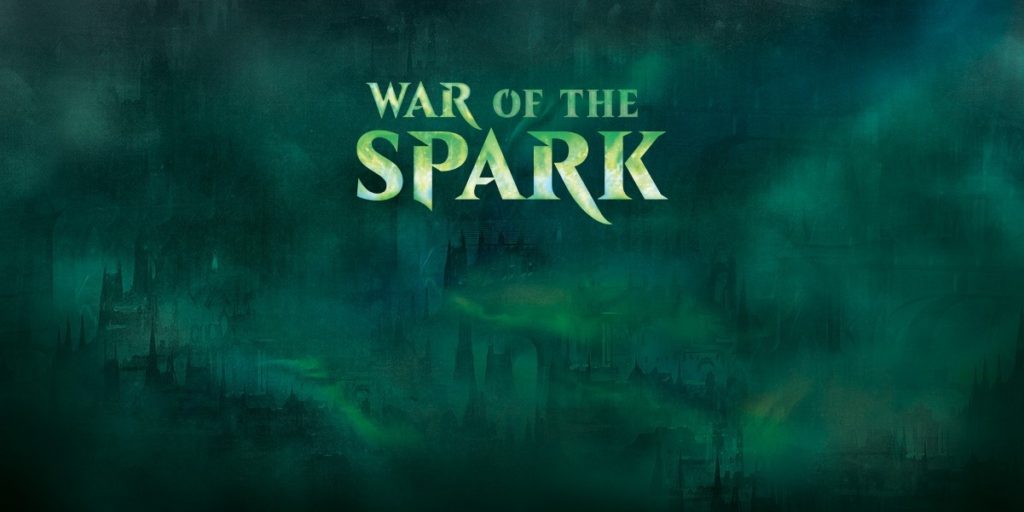 New Magic: The Gathering Set ‘War of the Spark’ Teased

“The ultimate battle starts soon” is the tagline blazing across the Wizards Play Network website. As hype builds for Wizards of the Coast’s new set, new details have been revealed for fans to obsess over.

War of the Spark continues the story of Guilds of Ravnica and Ravnica Allegiance. The Guilds of Ravnica set deals with the ten guilds joining forces to remain out of the grasp of the fearsome Nicol Bolas. Despite their best efforts, five of the guilds fall to him and he takes control of them. Thus, a war is brewing between the five guilds still standing and the army Bolas has created.

The title of the set, War of the Spark, is fascinating as well. In Magic: The Gathering, a spark is what gives Planeswalkers their unique and powerful abilities. While there is no clear agreement on how Planeswalkers acquire these sparks, many fans hope that this set may shed some light on the issue.

No official release date has been announced for War of the Spark, though we do know it is coming April 2019. The newest set, Ravnica Allegiance, releases on January 17th. Its official description seems to be a build up to the epic clash sure to occur in War of the Spark.

“Defend Your Guild: Darkness is coming to Ravnica. A conflict that could tear apart the world itself looms large, and the fragile peace between the guilds is strained to its breaking point. Now, with everything on the line, it’s time to step up, prove your loyalty, and fight for your guild.”

So, one important question remains: will you fight for the guilds or embrace the rule of Bolas? Your choices will determine the fate of your world.

Are you excited for the new set? Tell us in the comments!