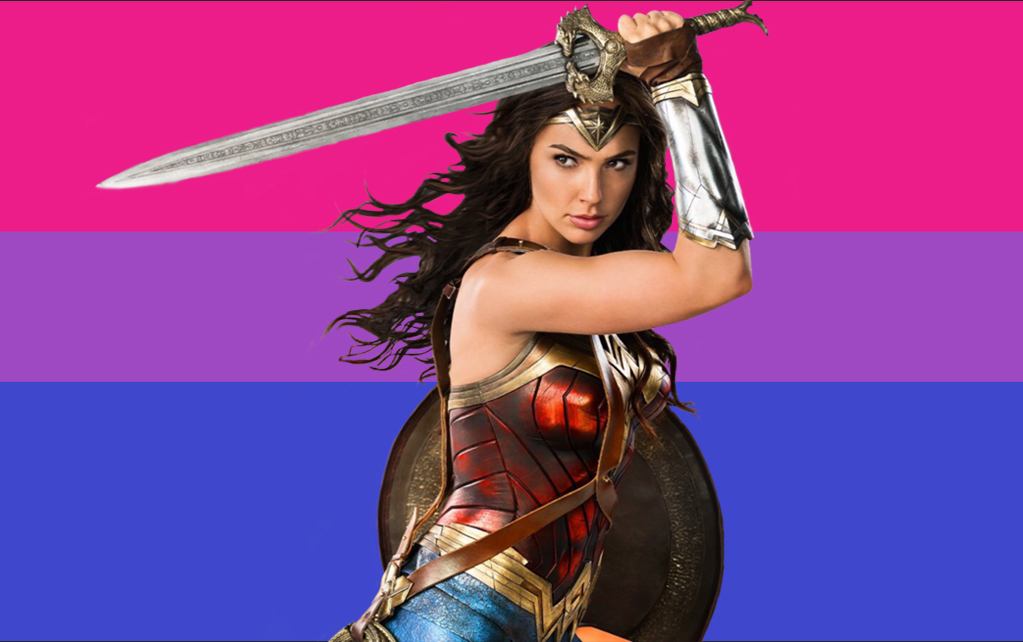 Wonder Woman was, in my opinion, the best DC movie yet. The film not only made a ton of money but also helped usher in heroes that young girls could look to as a powerful role model. She has not just become a gender icon but has also become something of a rallying point for queer representation. A scene in the film had Diana mention that women in Themyscira do not look to men for physical pleasure. That line wasn’t in the script but it sent many fans reeling at the confirmation that the Amazons are indeed sexually open. Now fans have started a petition to make Diana bisexual in the sequel. Given the history about Wonder Woman it would make sense to see her evolve into a LGBT icon on the big screen.

The creator of Wonder Woman, William Moulton Marston, was no prude when it came to infusing sexual themes into his creation. He saw the character as a way to introduce readers into things like consensual submission and female empowerment. That isn’t to say that Marston didn’t have his own issues for his time. The comic was also a way to show off his love of bondage play and spanking. Future writers on the comic would alter those aspects in favor of making Wonder Woman a little less (or sometimes more) kinky.

Her role as a progressive role model has allowed the character to have tremendous staying power since she could evolve with the concept of feminism and equality. Diana has remained a popular character in comics for over 70 years though only recently found success in live action. Her arrival on the big screen came at the moment when women were speaking out about harassment and exploitation by men. Diana represented a figure that wasn’t going to be second to anyone and could be a role model for women to be unafraid of their own inner strength and beliefs.

Gal Gadot’s improvised line about Amazon women being uninterested in men for sex made her an even stronger icon for LGBTQ+ representation since it is said so matter of fact. She reveals this as a matter of fact and it is mostly ignored after she says it. Which is why there is a group of fans that want the next film to be more explicit about the Amazon’s relationships to each other.

The LGBT community has already made a giant leap in the DC community with the inclusion of the first out lesbian Batwoman that will be premiering this year. The big question is whether or not Hollywood will take the petition seriously. Is it enough for fans to want it? Is it enough that the history of the character is surrounded by themes of Polyamory and bisexuality? Personally I think it is about time Wonder Woman started rounding back to the roots of her creation. More and more people are open minded about this stuff if not already partaking in the new sexual revolution. I hope we get to see something representing Bi sexuality on the silver screen. Especially in a main stream audience movie like this.

What do you think of this? Are you ready for Wonder Woman to become bisexual on the big screen? Tell us in the comments!