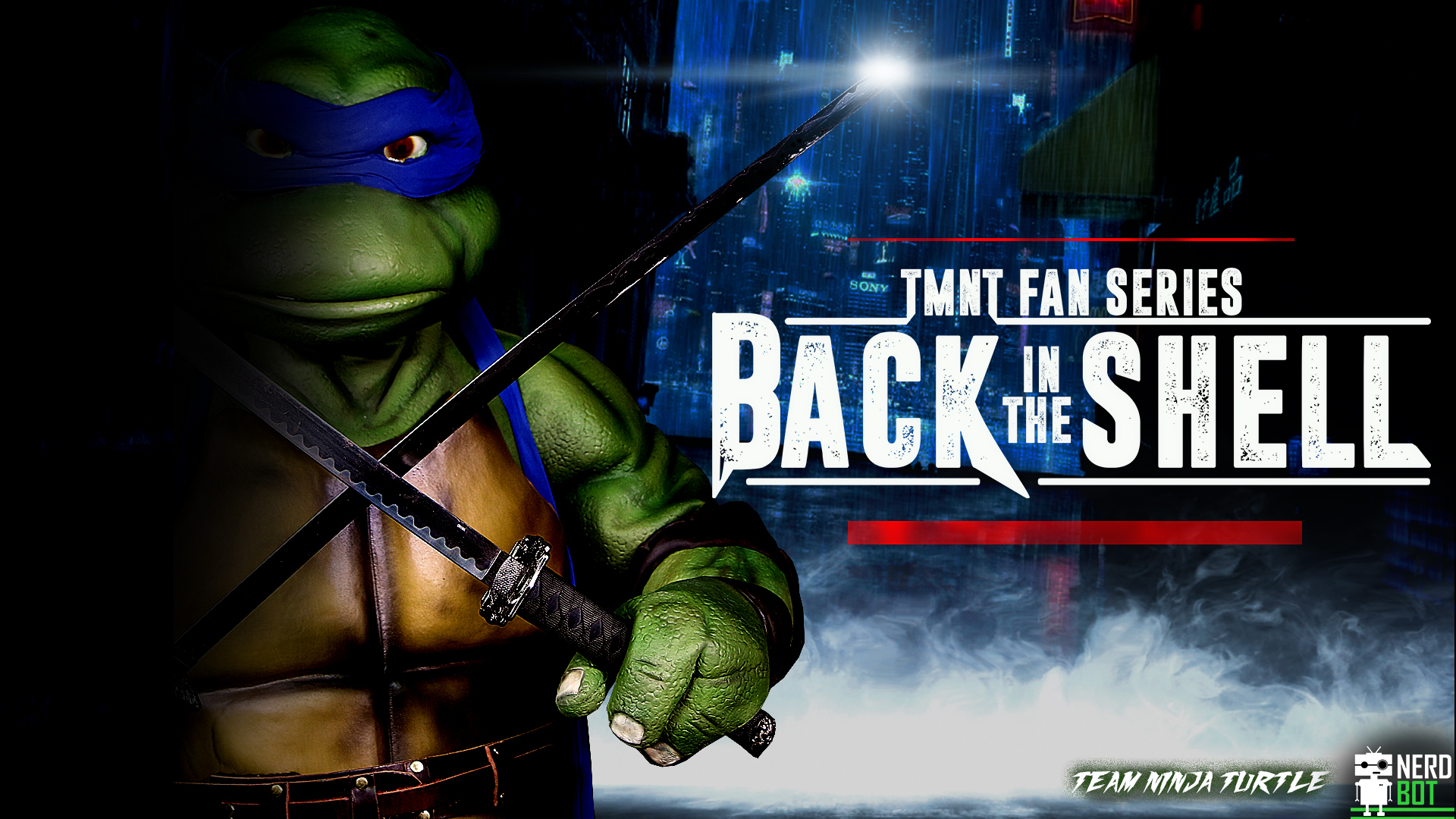 And full disclosure, I’m 39 years old…so I consider myself a little old school.

I’m happy that TMNT has persevered after it’s original 90’s dominance. Loving something that stays this relevant for this long is a validation to how great something really is.

Never would I have thought that 11 year old me, playing with my TMNT toys in my Grandma’s apartment would now be a 39 year old me being excited about TMNT again!

Enter the world of fan films and fan series.

What do you do when you’re not satisfied with the current representation of something you love? Well, you do it yourself! I wish it was that easy, but lucky for us TMNT fans, there’s already a group that’s doing the work…AND THEY NEED YOUR HELP!

This new Fan series, brought to you by Nerdbot Media and Skytrain Productions is named “Back In The Shell”. The idea, bring the 90’s back with a non-CGI, TMNT fan series with original characters and a continued story line.

Here is the trailer just released on Kickstarter. Please take a few minutes and watch it. It’s awesome!

As you can see in the trailer (and hopefully you did) there is a lot of work and care that will be put into this new series to bring back the 90’s in a new TMNT fan series.

Please visit their Kickstarter and try to support this project with any amount. Click here to visit the Kickstarter page.

They are trying to raise $20,000 for the first episode of the series and they are planning to go ALL OUT with a TV / Netflix quality production.

On their Kickstarter, they have great rewards like shirts, posters, Turtle heads, signed Vanilla Ice comics, cameo appearances in the first episode, full suits and more!

One of the things that stands out the most are the incredible turtle suits, all made by Prop Shop Garage based out of Southern California, spear headed by owner, operator and Master prop maker Joshua Workman. You can visit their Facebook page here for more information on the company and their products.

The stunt team is led by experienced stunt coordinator, Chris Quan Yong. He is also cast as The Shredder.

If you can, please help this project get funded! It’s a dream to see the turtles, in this style on a screen again.

So…COWABUNGA MY DUDES! Let’s pray to the turtle gods that we get to see more.

We’ll leave you with some great stills from the series trailer.

Mary Anne Butler May 26, 2022
This just in- Oscar winner Jodie Foster will star in season 4 of HBO's "True Detective." If it happens. The fourth…
Events