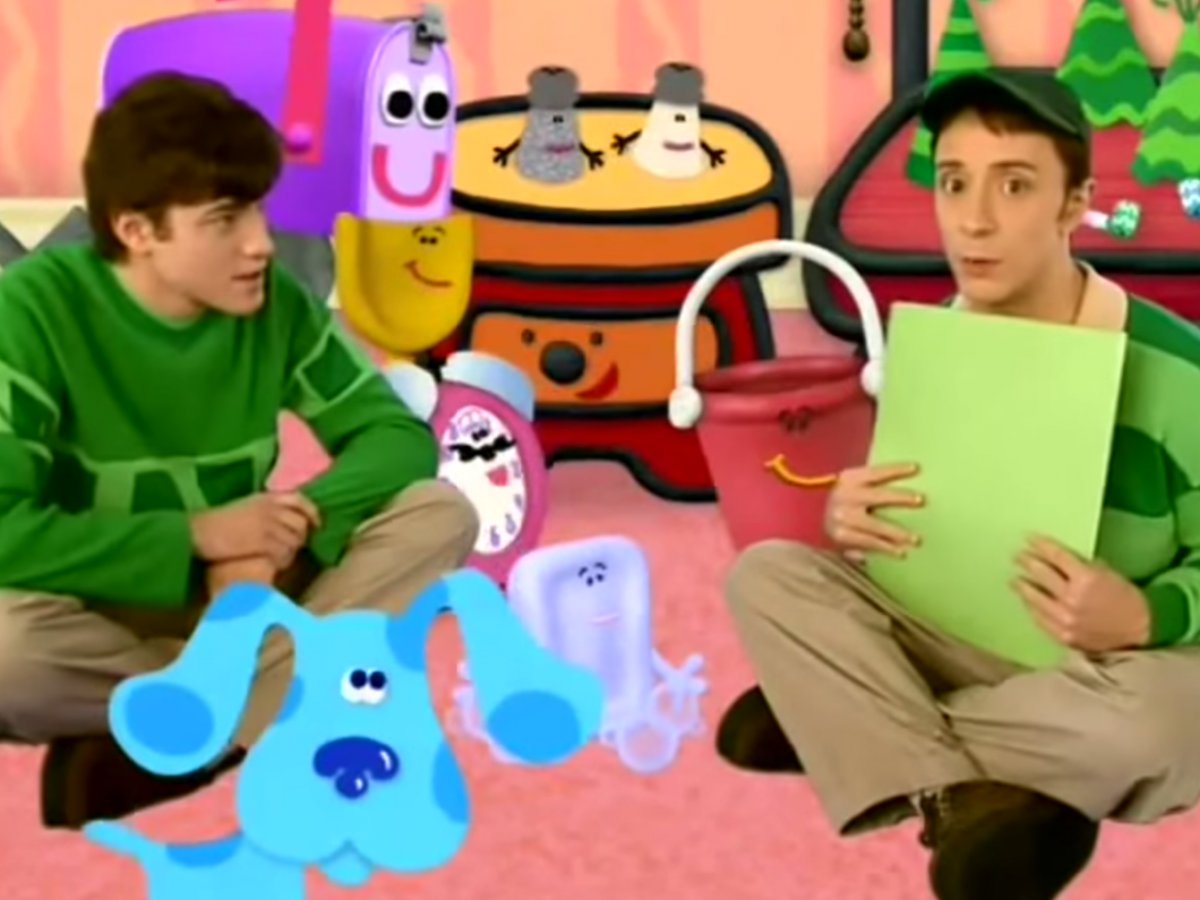 BLUE’S CLUES & YOU TO BE HOSTED BY TV NEWCOMER
JOSHUA DELA CRUZ…AND STEVE GIVES A BIG THUMBS UP!

Nickelodeon’s Blue’s Clues has found a new pal for Blue in TV newcomer and Broadway actor Joshua Dela Cruz, and a brand-new title: Blue’s Clues & You. Dela Cruz will have a new generation of preschoolers searching for clues with the beloved energetic girl puppy Blue.  Production on Blue’s Clues & You will commence this month in Toronto.

Joshua Dela Cruz is making his television series regular debut as the new host of Blue’s Clues & You.  Dela Cruz recently appeared in Disney’s Aladdin on Broadway as the understudy for Aladdin and a member of the ensemble.  Other notable theatre credits include David Byrne’s Here Lies Love and Encores!: Merrily We Roll Along.   He has also appeared in CBS’ Bull and ABC’s Time After Time.

“The search for the new host of Blue’s Clues & You was no small task, but we knew as soon as we met Josh that he was the perfect choice,” said Shelly Sumpter Gillyard, Executive Vice President, Talent, Music and Events, Nickelodeon Group. “From his genuineness to his comedic timing and range, there was no doubt that he could carry the show on for the next generation of preschoolers.”

Added Cathy Galeota, Senior Vice President, Preschool Content, Nickelodeon Group: “From the moment we decided to make a new version of the series, we knew that so much of the energy and magic of the show comes from the host’s ability to bring preschoolers into the colorfully animated world of Blue and her friends. Josh’s wonderful theater background and his natural charisma checked all the boxes for us, and of course Steve’s stamp of approval only solidified our decision.”

In Blue’s Clues & You (20 episodes), beloved puppy Blue invites viewers to join her and the live action host on a clue led adventure and solve a daily puzzle. With each signature paw print, Blue identifies clues in her animated world that propel the story and inspires viewers to interact with the action.

The original Blue’s Clues series launched in September 1996 to critical praise from educators, parents, and preschoolers and ran for six groundbreaking seasons.  Created by Traci Paige Johnson, Todd Kessler, and Angela C. Santomero, Blue’s Clues drew acclaim and high ratings for its unique interactivity that helped change the way kids watch television and has remained one of the most popular preschool shows of all time.  The landmark series also raised the bar in preschool television by exploring advanced subject matter such as sign language, geography, physics, emotions, and anatomy.

Did you watch Blues Clues as a kid? Are you a parent hearing about it for the first time? Do we need another revival? Tell Nerdbot in the comments!

New ‘Death Stranding’ Footage Dropped (And Everything About It Is Glorious)