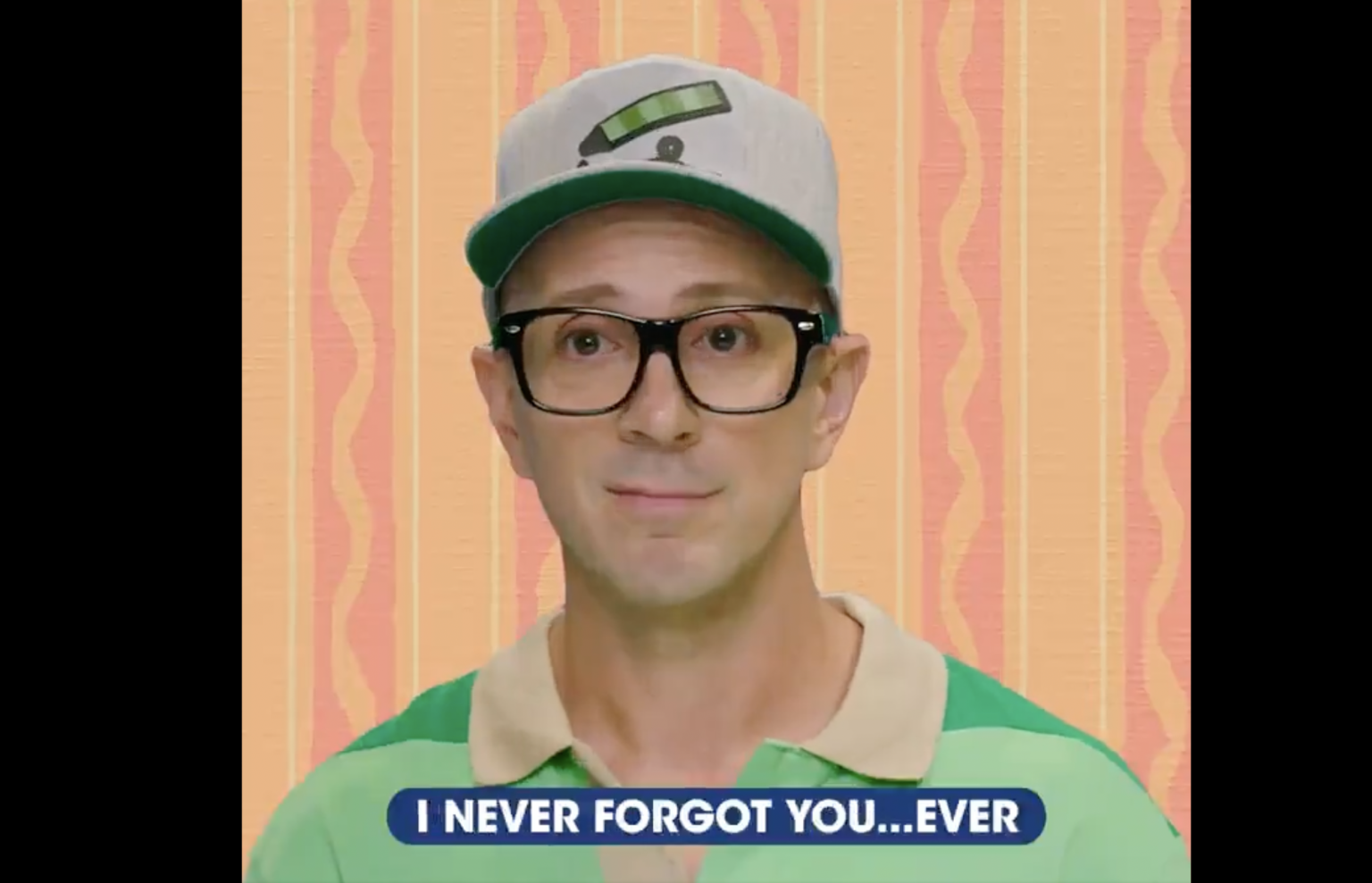 Maybe we’re getting sentimental with our old age. We’ll admit it, after a certain point, everything is either nostalgic or a reminder of our own mortality. This week, Nick Jr. is celebrating children’s show “Blues Clues,” which has turned the big 2-5.

We were not expecting this video message from Blue’s original pal Steve (Steven Michael Burns) to bring such joy to our day.

If you’ll recall, Steve started out as host on the show when it first aired in 1996 until his…pretty sudden departure in 2002. The show did handle the transition smoothly, bringing in Steve’s brother Joe (Donovan Patton) to take on the gig. In 2019, the series was rebooted, and new host Josh (Joshua dela Cruz) was introduced.

This brings us to today’s very sweet message from none other than Steve himself.

And, this wonderful video featuring all three hosts.