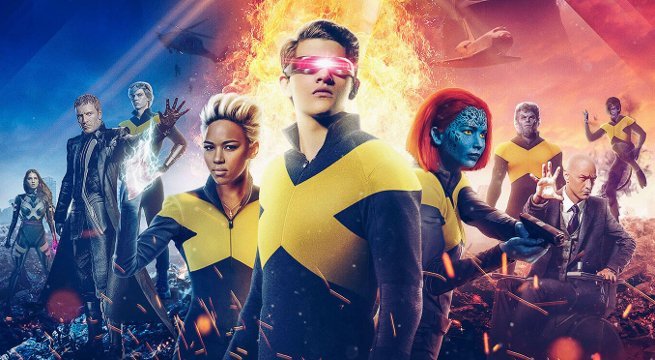 ‘X-Men: Dark Phoenix’ is Headed for Three Months of Reshoots

According to reports from Comicbook.com, it’s been revealed that X-Men: Dark Phoenix is not only still being released, but is heading back to Quebec, Canada, for three months of reshoots!

LaPresse.Ca has an article about Quebec and the films being shot in that region. Within that piece, there is the following reveal about X-Men: Dark Phoenix.

“A surprise makes possible this new record of foreign shootings: the additional scenes of the film X-Men: Dark Phoenix. Initially, X-Men thought they would have to spend two weeks in Montreal to finish the film shot in the metropolis last summer. However, the team of X-Men will turn rather three months. ‘They are returning [to shoot] the last part of the film. It’s a nice surprise,’ says Pierre Moreau.

The stars of X-Men – Jennifer Lawrence and Michael Fassbender are in the credits of the film – will settle [for] three months in Montreal. Filming will take place in MTL Grandé studios rather than in MELS Studios, where X-Men is shooting. The MELS studios, owned by Quebecor, were already reserved for another production. This situation shows the advantages for Montreal of having a second major shooting location. MTL Grandé opened in early 2017.

‘It’s a good thing we have two studios. We would not have been able to accommodate [additional scenes of X-Men] without this additional ability. Americans like to be in a market where there are at least two big players.'”

Thus we can only assume that the climax and likely, final battle, is heading back to the studio for reshoots. It happens out there in movieland, but it’s always an intriguing occurrence. Until then, we look forward to the end result!

Are you looking forward to X-Men Dark Phoenix? Which X-men film was your favorite? Tell Nerdbot in the comments!