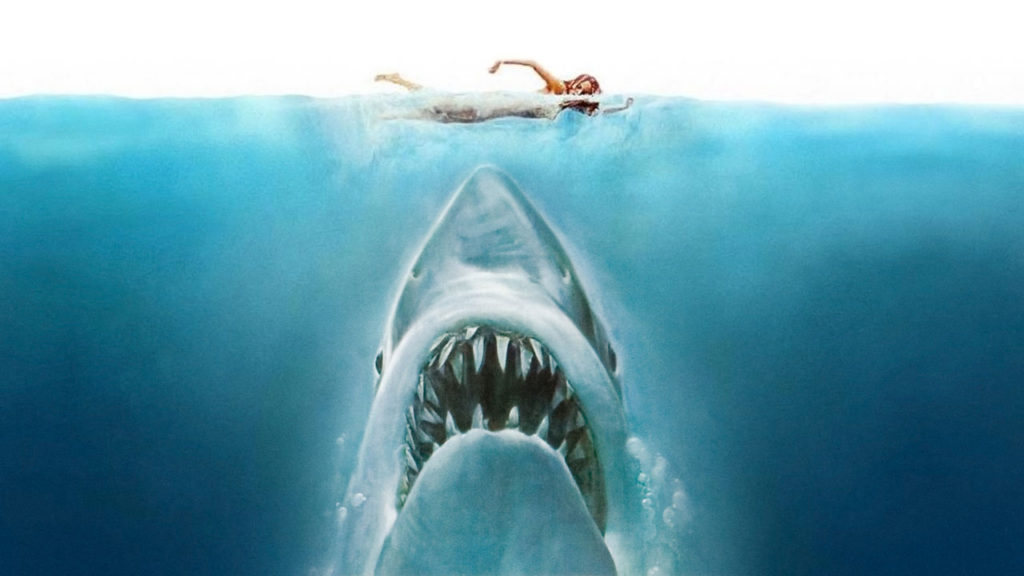 People watch JAWS for any number of reasons. It is a classic horror thriller that keeps you on the edge of your seat. It is often still referred back to being one of Stephen Spielberg most successful films. A story about a man eating shark, and the team that would take the monster down. So what could this possibly have to do with solving a real life murder? Stephen King’s son, Joe Hill seems to think that the movie may hold a clue to a murder that happened in 1974.

JAWS was filmed about 100 miles away from a murder dubbed “Lady of the Dunes”. An unidentified woman was found July 26, 1974 in the Race Point Dunes, Provincetown, Barnstable County, Massachusetts. The murderer was never caught. Joe Hill has a theory that the missing woman could have been on the beach as an extra during filming. 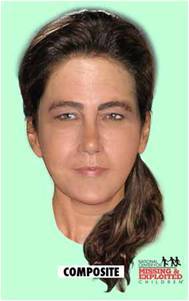 His theory comes from seeing a woman on the beach that fits the description of the victim Lady of the Dunes. Both the victim and the extra were between 25 and 49, weighing roughly 145 pounds, and wore a blue bandana. Whether or not this is really her is debatable. The outfit was in fashion at the time but Hill seems to think there is more to it. He details his theory in his tumbler account.

There seems to be something to this. When you look at the photo of the composite that is the most recent reconstruction that we have the similarities are pretty undeniable. 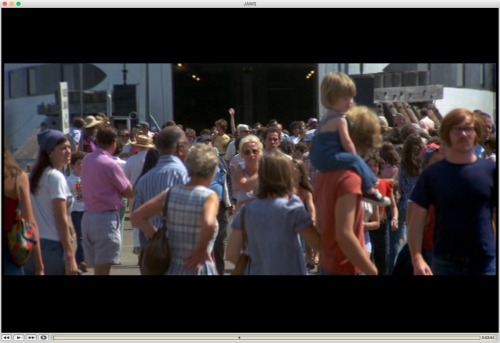 The Scene that Hill refers to happens at  54 minutes and 2 seconds into JAWS. 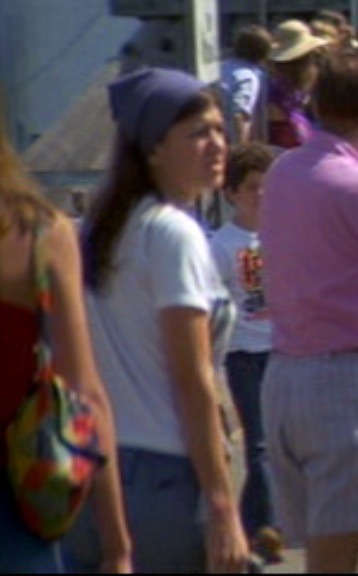 Given that this was a huge production and famous throughout the town, it wouldn’t be impossible for her to have been there.

“I’ve heard it said that everyone who was out on Cape Cod in the summer of 1974 appears in the movie Jaws, ” Hill shared with the Washington Post. “I’m sure that’s an exaggeration, but there’s a nugget of truth. People knew there were movie stars on Martha’s Vineyard. The possibility that a person would make a stop on the island and appear in the movie is not unreasonable.”

His Blog goes onto say..

“It is impossible to say with complete precision when they filmed the “July 4th – Crowd Arrives” sequence, which is where this shot appears. But we know it was almost certainly shot in June, because they filmed all the “on island” scenes they could early. The water was too cold for swimming, and the malfunctioning shark wasn’t ready for the “at sea” material until late July.

We also know the Lady of the Dunes was alive in June and that the filming of JAWS was a big deal locally. Lots of folks turned up to try and get a peek at the stars, or the shark, or to see if they could sneak into a shot.

The geography works too. Martha’s Vineyard is a short hop from Provincetown. It would be no surprise at all if a girl summering on the Cape decided to take a few days to explore the Vineyard… especially with the added bait of celebrity to draw her in.”

The next thing to do if authorities decide to investigate is to attain a list of the extras on the beach that day and contact them. It is a long shot but if that IS her, she will finally have a name.

What do you think? Could this be a clue to an unsolved mystery over forty years old? Let Nerdbot know in the comments and let’s get the conversation going!