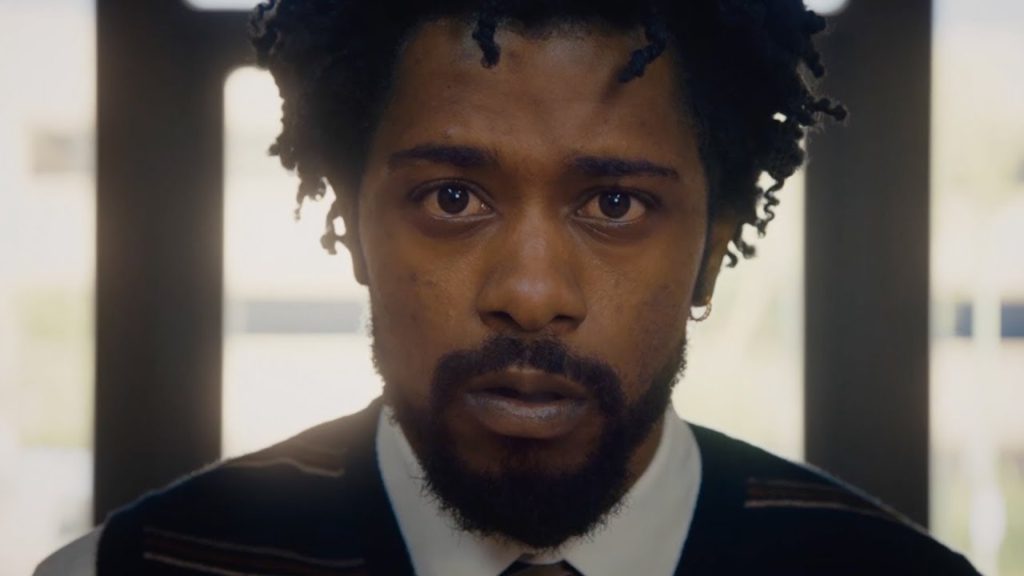 “Sorry To Bother You” is a film packed to the brim with powerful imagery and messages about society that, while great, may not be for everyone. Get ready for the rollercoaster of social satire!

Act 1 of the film gave me exactly what I expected. The rest of the theater seemed to agree as laughter accompanied almost every joke on the screen. As the story progressed (after about 30 minutes in) the humor remained but the jokes became more pertinent to the situation and the entire feel of the movie progressively shifted toward the dark aspects of society. By Act 3, the tone and feeling of the movie was almost unrecognizable from the beginning.

I love this movie! This is a dialogue on the current social and economic strains of the world. Every character, costume, set, and issue are symbolic, which to me personally are huge positives, but I can also understand that it is not for everyone. The audience this film was made for is prepared to think about the messages and imagery bursting from every scene, for others it may seem to be asking a little too much.

I personally would give this movie the highest rating for the imagery and messages perfectly mixed in an outlandish reality, but I like social satire. People who don’t would likely give it a lower one for the same reasons that I love it. Overall I feel comfortable splitting the difference and stating that for broad audiences, this movie is an…

I recommend everyone see this film.