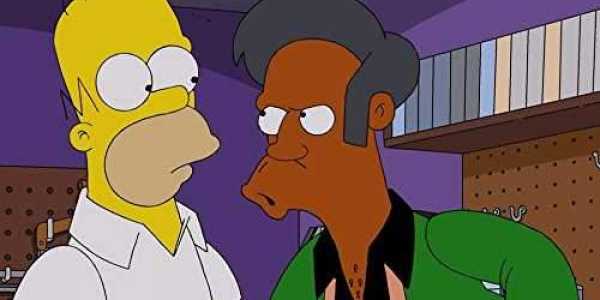 CBR.com reports that The Simpsons creator Matt Groening has continued his defense of the shows characterization of Apu, calling the debate “tainted” and lacking “nuance.”

During an interview with The New York Times about his upcoming Netflix series Disenchanted, Groening was asked about his previous comments about the criticisms surrounding Apu, as well as The Simpsons’ apparent side-stepping of the issue. For those of you unaware of “the issue”, the long and short is this, as described by CBR.com:

In 2017, Hari Kandabolu released The Problem With Apu on TruTV. The documentary essentially had two major criticisms over the depiction of Apu, the Indian owner and manager of the Springfield Kwik-E-Mart. The first is that having a non-Indian actor like Hank Azaria do an Indian accent for the character is akin to a white person acting in blackface. The criticism specifically notes that Azaria’s performance as Apu, who Azaria based on a guy who worked at the 7-11 near where Azaria lived in Los Angeles back in the late 1980s, sounds like “a white guy doing an impression of a white guy making fun of my father.” The second is that by making Apu such a prominent negative stereotype about Indian people, it opened up many Indian people to slurs and ridicule.

Going back to Matt Groening’s response about the issue today, The Simpsons creator responded by saying, “it makes me feel bad that it makes other people feel bad. But on the other hand, it’s tainted now — the conversation, there’s no nuance to the conversation now. It seems very, very clunky.”

When asked how The Simpsons would handle the issue going forward, Groening seemed to agree that there was a moratorium on the character for the moment, before adding that “some of the stuff the show got taken to task for, we covered in an episode a couple of years ago.” This was an apparent reference to 2016’s “Much Apu About Something,” an episode in which the character of Apu was called out by his nephew for being a stereotype.

Groening previously drew criticism when he seemingly dismissed criticism by saying “people love to pretend they’re offended.” When asked to clarify that statement by the Times, he explained:

“That wasn’t specifically about Apu. That was about our culture in general. And that’s something I’ve noticed for the last 25 years. There is the outrage of the week and it comes and goes. For a while, it was, believe it or not, kids were stealing quarters out of their mothers’ purses in order to go to the video arcade, and that was going to bring down civilization. No one even remembers that, because that lasted a week. I think particularly right now, people feel so aggrieved and crazed and powerless that they’re picking the wrong battles.”

The interview concluded with Groening explaining that he had been to India several times, and that the Simpsons characters were intentionally yellow and not “Mickey Mouse pink,” and that the show was “all stereotypes,” blaming “the nature of cartooning.”

Are you up to speed with the Apu issue? Do you think it’s an issue? Have we moved beyond the simplicity of the late 80s to a more enlightened world? Or are we all just pretending to be offended? Tell Nerdbot in the comments and get the conversation going!