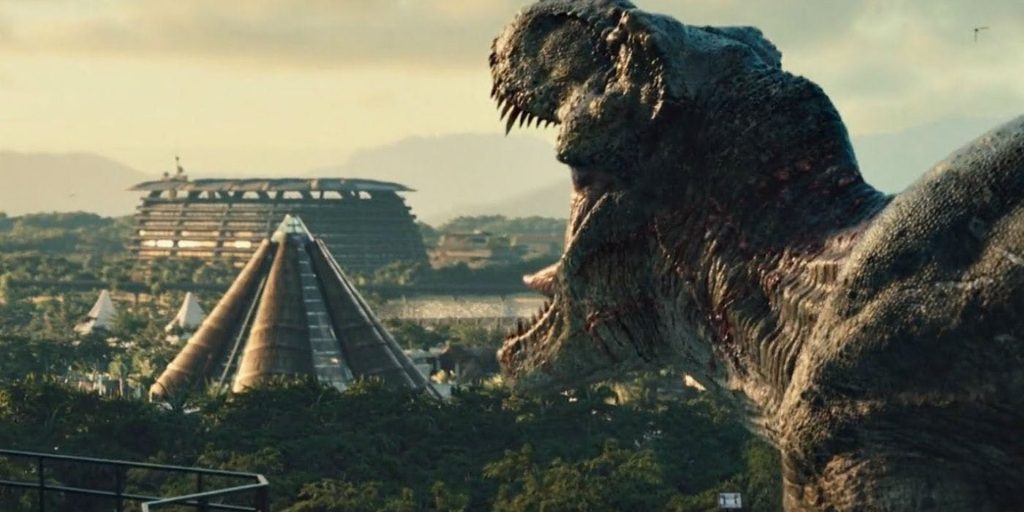 Jurassic World: Fallen Kingdom is the next chapter in the Jurassic World trilogy, and in many ways disappoints in both story line and character development. There’s a certain aesthetic when it comes to Jurassic Park movies, it’s not just about dinosaurs anymore. 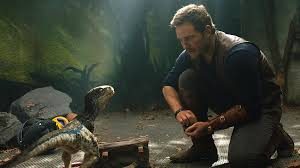 Jurassic World: Fallen Kingdom is the sequel to 2015’s Jurassic World. For conversation sake I will refer to Jurassic World as JW1 and Jurassic World:Fallen Kingdom as JW2. Also, I’m already tired of typing “Jurassic”. ( Insert dinosaur laugh ). I was anticipating this movie to be fun, exciting, horror movie-esque experience that comes with a blockbuster movie of this caliber. I walked out of the theater feeling a bit sad, kinda mad. Jurassic Park has a long history of being successful in what it does as a franchise, providing chase sequences, big predatory animals, people running scared, people being eaten, and the obligatory Starbucks plug. JW2 has it’s set pieces but feels like a filler episode of your favorite show…here’s why. 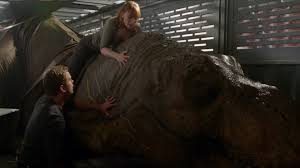 The film begins with the surprising revelation that the volcano on Isla Nublar, the Costa Rican island on which multiple dinosaur theme parks (first Jurassic Park, then Jurassic World) were constructed and abandoned, is about to explode. Every Jurassic Park sequel requires that humans ignore logic and try to get as close to the sharp-toothed dinosaurs as possible, despite reams of evidence that it’s a good way to get yourself killed. Colin Trevorrow’s (director of JW1) script deals with the ridiculousness of that choice by having heroes Owen Grady (Chris Pratt) and Claire Dearing (Bryce Dallas Howard) decide to return to the island as quickly as possible. For Claire, going back to Isla Nublar is a form of activism, rescuing these species for what she thinks is an animal sanctuary sponsored by businessman Eli Mills (Rafe Spall). For Owen, it’s a chance to reunite with his favorite Velociraptor, Blue, whom he helped train from birth. The set-up is too predictable and follows a cliche formula of everything falling apart, people running and dinosaurs running around killing.

Chris Pratt returns as the protagonist Owen Grady, a field expert on wild animals. In JW1, he was a very likable character, I mean it’s Chris Pratt, who doesn’t like him. The problem with his character is he never gets developed in this movie, at all. The introduction we get in JW1 is all we have for two movies. I find that disturbing, especially since he is the hero and has the most screen time compared to the dinosaurs. The first trilogy, we get different characters like Alan Grant and Ian Malcolm, who we love and have different roles that they play. Why should it be any different in the new trilogy?  Speaking of Ian Malcolm (Jeff Goldblum), he makes a brief appearance in the movie with, yes you guessed it, a warning. When I mean brief, I mean if you saw the trailer, that’s it. Which is fine, it’s not a make or break cameo but it was nice to see the legend from the first movies reprise his role. As for the other characters, let’s just bypass them. Unmemorable, annoying, specifically not needed except to provide food for the dinosaurs or to antagonize a chase sequence. 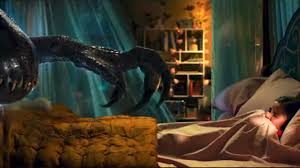 This movie is a mess, and that’s hard to say coming from me who is a fan of blockbuster movies, especially ones that have dinosaurs, big set pieces, action and horror scenes. I can’t get over the fact that it defies all logic when it comes to these reused plot devices, to be not even mentioned at all. With that said, I do understand by the end of the movie that JW2 is a place holder, a introduction to getting the dinosaurs into the states with JW3 (Jurassic World 3). In an interview Trevarrow states, “this is a movie I’ve been wanting to do all along, it would take two movies to earn it and to get there”. That’s why it feels like a filler episode, in this movie, the screenwriters felt like they had to just create the same scenarios and bad characters to set-up the third movie.

Overall, JW2 is not a bad movie, but it’s nowhere near a good one. To be honest, I can accept the bad movie if it leads to a good one. But I promise you this, if you watch this movie, you will feel the same way.

Did you see the movie? How did you feel after? Do you think this franchise should be fossilized? LET NERDBOT KNOW IN THE COMMENTS!