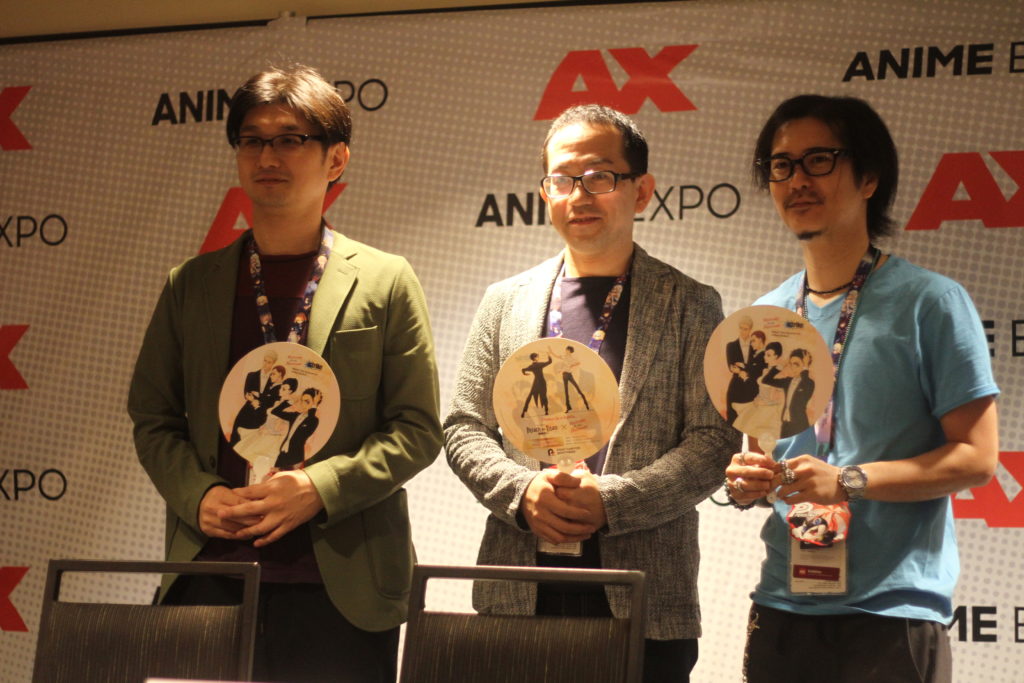 Welcome to the Ballroom Press Junket EXCLUSIVE at Anime Expo

Welcome to the Ballroom is a new anime series that debuted on Japanese television on July 8th about a teenaged boy named Tatara Fujita who is suddenly whisked into the world of competitive Ballroom dancing.  Director Yoshimi Itazu, Animation Director Takahiro Chiba, and Producer Tetsuya Kinoshita visited Los Angeles, California at Anime Expo to promote their new series with several events at the convention, including an exclusive press conference to discuss the anime. 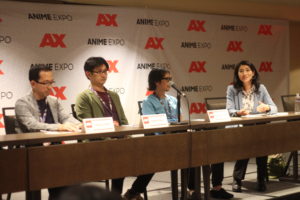 Beginning the interview, they sat down with their translator for their answers, and they were initially asked to tell us a little bit about “Welcome to the Ballroom”.

“The story of it is there is a middle school boy, Tatara Fujita, he doesn’t really feel that he has very big characteristics or any talent.“ they answered.

“He is pulled into ballroom, the sport. While Tatara is learning how to dance he actually finds himself. While doing that too.” They continued later in the interview, by further elaborating “we’re showing ballroom as athletic. It’s a sport. Watching all these characters being passionate about dancing i hope that the younger generation of the world would be inspired to dance as well.” Was very adamant that they were to treat Ballroom dance as an athletic and grueling sport for the entire anime. One of my favorite things Tetsuya Kinoshita said about this subject was, “This is an action anime.It is dance, but it is really action, It’s kind of like Spider Man. It’s a treat to see the closeness, like when spider man feels like he’s right there.” 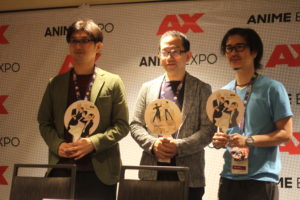 Out of all the answers given to the questions, the one that gathered the most laughs was when someone wanted to know if Welcome to the Ballroom “fit in” with other sports anime.

Tetsuya Kinoshita stood up and, in almost perfect English, made his opinions known on the series.

“Yuri on Ice, is good. But I feel it’s too much boys love.That’s okay!” caused the audience to erupt into laughter.  “but welcome to the ballroom is not a love story. It’s not boys love. It’s just his story.” 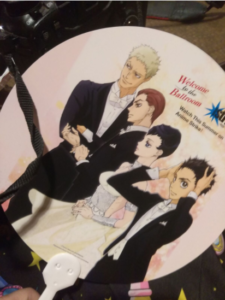 One thing they talked about was the mentality people have about ballroom dance, they explained “In Japan, Ballroom dancing is more social dance. It’s more for middle aged to older generation. In this project in this animation we’re showing ballroom in athletic it’s a sport and so watching all these characters being very passionate about dancing.”

I personally wanted to know more about the cultural significance behind it, so I asked the question:

“Twenty years ago, there was a film called, “shall we dance” it was remade in America, how has the stigma of ballroom dance, some people don’t appreciate it’s a passion how has the stigma changed over the past 20 years and how do you think it is now?”

When they were asked about the music used in welcome to the ballroom, and how prominent it would be, they answered,

“There are several categories and used music that was suitable for those categories but they decided to have new, custom made music for the anime. They are hoping that from now on, at some future ballroom competitions, there will be some pairs that are using their songs.”

The theme of self acceptance and finding yourself during adolescence pretty much writes itself, so it was no surprise when the questions turned to the creators. “Did you ever have the same situation as him, finding something to be passionate about when you were young, and if so, what was your “ballroom dancing”?” Someone asked. They chuckled.

Tetsuya Kinoshita replied to the question in English again.  “Uh, I can’t say, nothing. I did nothing in high school, that’s why now, I’m making this.” And that he agreed that he was like the main character in high school.

“I was already drawing a lot.” recalled Yoshimi Itazu. “I didn’t really have any social thing like ballroom dancing but because i was drawing a lot when i was in middle school, that’s why I’m where I am right now.” Takahiro Chiba also said he could relate to the main character, except he made a joke and said, “I don’t think I’ve found anything yet.”

Welcome to the Ballroom can be streamed on Amazon Prime, and more anime updates can be found on Nerdbot!