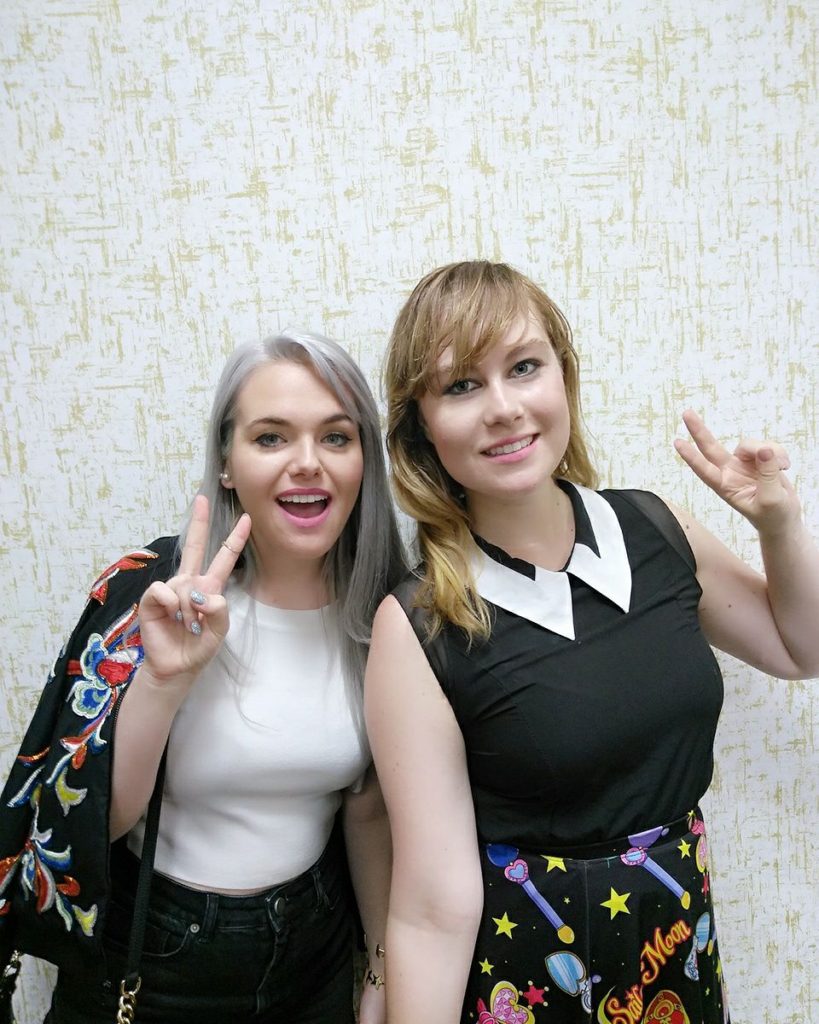 Chances are, if you’ve spent more than five minutes in the deep weeb part of youtube, you’ve heard at least one of Amanda Lee’s covers. Even more likely, you’ve probably been a fan of a handful of her renditions of your favorite anime and gaming soundtracks. Not only is she an amazing singer, but she also has the BEST taste in anime.

Amanda Lee best known to her over 390,000 viewers as her youtube names, AmaLee or “LeeandLie”. She is a convention personality, vocalist and voice actress. She’s done memorable roles such as Overlord II as Crusch Lulu, and One Piece as Queen Otohime. She can also be heard in titles such as Dragon Ball: Xenoverse 2, Crystalline, Yandere Simulator, Gosick, K-ON!!, and Show By Rock (Season 2), and many more.  Her website states “Amanda has also provided vocals for many independent video-game soundtracks and theme songs – including a collaboration with Porter Robinson. In 2017 she released her debut EP: “Hourglass” featuring 5 original songs.”

Like any other geek on the internet, Amanda has humble beginnings like the rest of us. She recalled that she started online, in 2006, with a bunch of friends. They were just goofing off and they just stumbled upon new anime. They already kind loved watching Toonami and thought “Hey, lets do some songs” and they fell in love with it and kept going with it. Eventually in 2011 she would go on to win the voice acting portion of AX IDOL, a competition that is hosted by Bang Zoom! Entertainment and Viz Media.

I took the opportunity to play my favorite game with her while I had the chance. After being a fan of her music for so long, I was dying to know… who were her best girls?

Shelby: If you were in Madoka Magica what color would your soul gem be?

Amanda: Probably like a blue. I’m from Florida so the ocean means a lot so…probably a blue. Like a teal color.

Shelby: If you were in My Hero Acadamia, what would your quirk be?

Amanda: I have fans ask me this and there’s like a huge debate, “ooooh, you don’t get to pick your quirks, so I’ll probably something really lame like I would love something elemental, Todoroki’s my favorite, I would love fire! That’d be so much fun! Like something dramatic but I’d probably pick something stupid.

Amanda: Ooooh it would definately be Venus, She was my favorite growing. Everyone’s loves “Sailor Moon,” I’m like “guys, it’s not where it’s at!”

Shelby: Ok, What if you were in the…this is a little bit hard, but  if you were in Neon Genesis Evangelion who would you chose to make go in the robot?

Amanda: Who would I make chose to go in the robot? Haha, Shinji because he should go in the stupid robot!

Shelby: Do you have a best girl from Evangelion?

Shelby: is Love Live something you get asked about a lot?

Amanda: I do, people are like, “Will you ever do these songs?” I don’t know, that seems like copyright danger zone. But I would like to do Snow Halation, it’s amazing. But yeah, all the characters are so cute.  All my friends are obsessed with that so I feel that I need to get in on that.

Shelby:Who would you pick as a servant from Fate Stay night or Fate Zero

Amanda: But definitely Archer. There’s like 4 Sabers isn’t there? You’re like “wait a second, wait a second, aren’t they all sabers?”

Shelby: At any given time, there’s at least 10 but I don’t know

be really special to me, It’s kind of lost with my channel with those covers. There’s so many of them. But like now I don’t cover a song unless I’ve watched the anime, or like I love the show.

Shelby: Can you tell me before, We can wrap up, What the process is for creating your songs?

Amanda: I wish it was like the click of a button. And it was done. It like starts out and I find a song that I like, and I’m like, “Ok which one of my instrumentalists (I work with many instrumentalists) Which one were their style suited to?” And I’ll choose them and be like “Can you do this, in this amount of time?  And then I’ll contact my translator and I’ll be like ” Hey can you translate this particular song? They translate it and then write the lyrics and then I have someone who usually helps me with the harmony guides, if the song is something ridiculous with like 8 harmonies and I’ll have someone help me with that and I’ll record, then it needs to get tuned, then it needs to get mixed and mastered, then I need to hire an artist to do all the art for the video, then we hire an animator to animate it, then I finally upload it.” 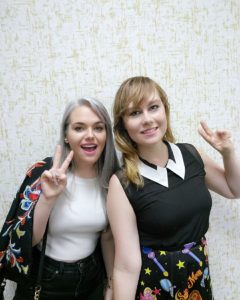 If you’re a fan of AmaLee, then  check out her Patreon! It means more content. “I have a patreon and it’s amazingly helpful. It how I pretty much fund all of my videos, it’s how I hire my artists and animators, I’m now working with a few animators from Japan.” she explains, “I’m hoping to do animations really gorgeous, I’m so excited, one of them just recently did the “My Hero Academia” song. It’s almost fully animated. I want to work with them more, but they’re really quite expensive, being a patreon is really awesome, you also get to listen to covers a week early, so if you’re into getting songs early, hit me up, subscribe to me on Youtube at Lee and lee, and yeah, more anime songs!”

That’s all, so if you want to follow Amalee check out her youtube here. along with her