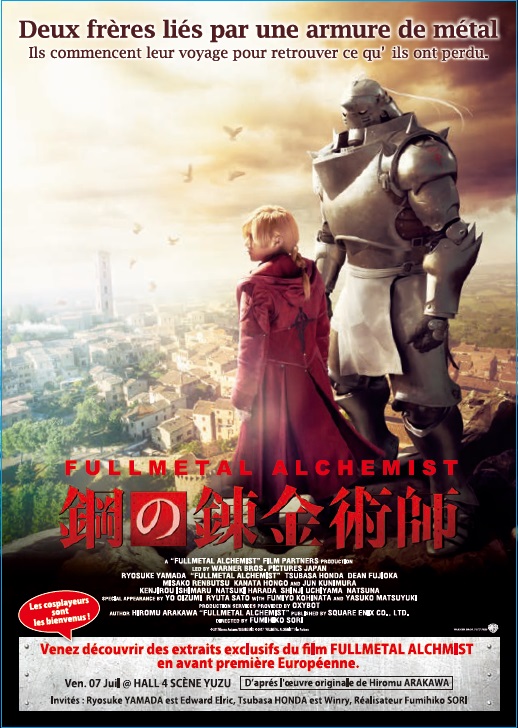 The story of Fullmetal Alchemist has been widely celebrated for the past sixteen years. It is a timeless story that needs no introduction, but you would be hardpressed to find an Anime fan who could not give you a very detailed one on the spot. Not only has it’s manga been given two Anime adaptations, it’s also been recreated in the form of audio dramas, light novels and it’s own video game, but it has been widely regarded by fans as 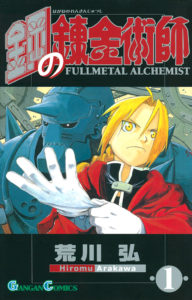 one of the best series of all time, so many were delighted to hear that it is getting it’s own Live Action film adaption almost 20 years after the initial release of the manga.

Press members at Anime Expo were invited to an exclusive interview with Ryosuke Yamada (famous singer and actor who will be portraying Edward Elric) and Fumihiko Sori (award winning film director) in order to ask the questions on behalf of their excited audience.

I was lucky enough to be able to ask a question of my own to Fumihiko Sori. When speaking with him I asked him, because Fullmetal Alchemist has been a timeless favorite for over a decade several different countries, what about that made him chose to make this film?

He said to me, (through a translator) that he wanted to make the film because it’s so beloved, and that “this anime is not just a regular anime but it has so much philosophy and it’s so great and I feel like that’s the reason I wanted to do a real live action version of it, is so there will be more fans that will get into it and so I feel like it has good material, and not just for anime fans but for different fans.” 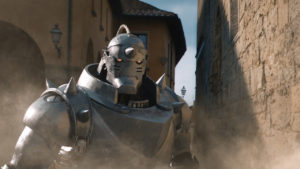 When Fumihiko Sori was asked what it was like to adapt a story that not only had an original source, but already had several existing adaptations, he explained that he didn’t particularly find a difference between the two. Both films are very driven on plot and story, but Fullmetal Alchemist relies heavier on visual effects in order to have it’s story conveyed.

Sori was also asked at the very beginning of the interview about what Live Action story telling brings to the table, instead of the already existing Anime adaption. He believes that, “In live-action you get more of that human connection” and that you can dig deeper emotionally than you can in an animation. That there are subtle looks that you can get from seeing an actor. 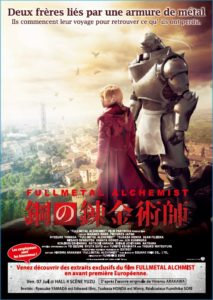 Ryosuke Yamada and Fumihiko Sori both cited the CG as important tasks that they had to work hard with. When Yamada was asked about which scenes took the most effort and work, he recalled that though he put hard work into EVERY scene, but he ESPECIALLY had to whenever he had a scene with the CG Alphonse. When Fumihiko was asked how it was mixing Live Action with the CG Animation necessary to portray certain characters, he answered that visual effects in Japanese film are getting better, but the most important part is the actors connecting with the CG actors. There was always a person there in place of Alphonse so Yamada could envision Alphonse was really there on set.

Since Yamada gained so much notoriety in hey! say! JUMP as an idol, it’s no wonder he got so many playful questions directed at him about his role and personality. One of them being “What character from FullMetal Alchemist is most like you?”  he laughed and said that he was the most similar to Ed, but “not because he plays Ed, but because he is the most similar to him.” He went onto say that he has a lot of similarities with Ed, other than his height. (which got a chuckle from the audience) He also compared himself to Ed because of the fact that they both look shy, but are actually quite outgoing.

Yamada has the skill to play a wide range of emotions and attitudes, so it was also asked how he prepares himself for the complex role of Ed. He explained that whenever a harsh or intense scene is coming up, he gets in character by going into a corner for a minute to detach. He went onto say that he I obviously studied the anime and manga before coming to set, and also listened to a lot of people’s ideas and just let it come to him.

The most endearing answer however, was when he was asked “if you could transmute for anything, what would it be?” he laughed and professed that it would be be for the film’s success. He admires the dedication that everyone has put into it and wants to see everyone who worked alongside him to be rewarded.

If you’re interested in learning more, the live-action Fullmetal Alchemist film will open in Japan on December 1 and you can now officially view the official trailer here https://youtu.be/dLMkFzhwETw!