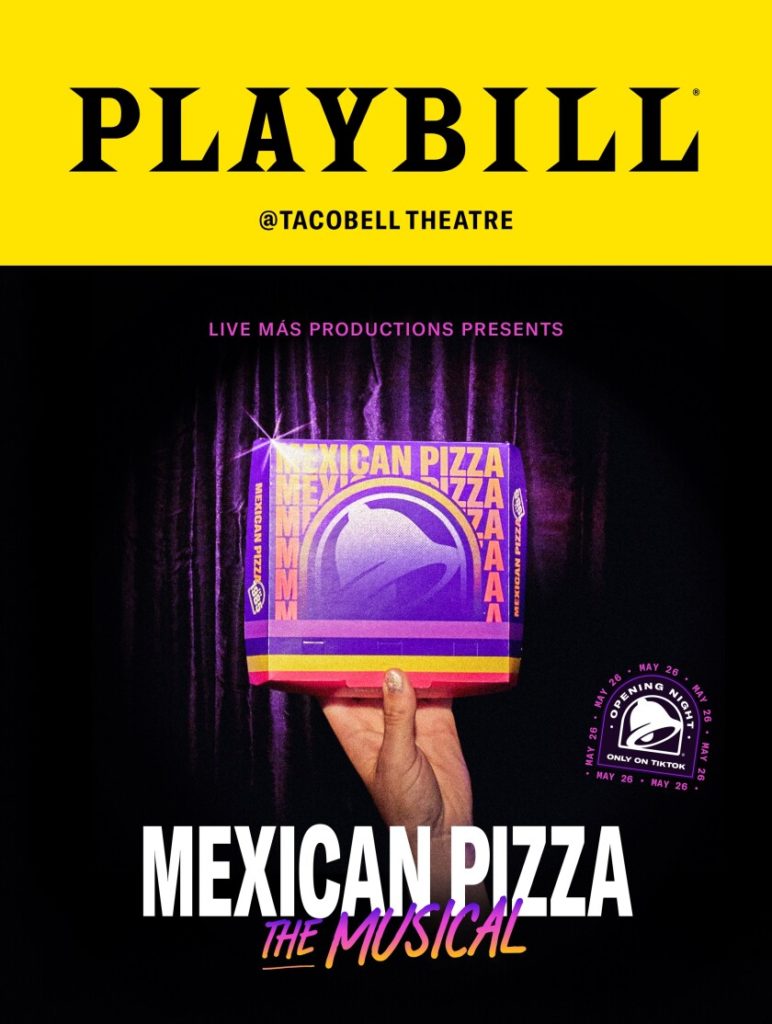 Never underestimate the power of social media. It can launch careers, revive discontinued fast food items, and see musicals about those items. Taco Bell’s mexican pizza was brought back to life thanks in large part to Doja Cat earlier this year. And then, the bombshell that national treasure Dolly Parton would be co-staring in a musical about it. Even though we knew it was coming, we still weren’t prepared to find out that it’s happening later this month.

.Is this supposed to be intentionally ridiculous? Yes. Is it leaning into that absurdity for all it’s worth? Yes. As would be fitting for an event like this, it does line-up with the official resurrection of the Mexican Pizza which you’ll be able to order from Uber Eats and Postmates exclusively from September 15th to the 21st. What’s more you’ll be able to get a free Mexican Pizza with an order of $20 or more from the service during that time frame.

So how does Dolly Parton get involved in all this? We have no idea. But if the woman who sang to us about a “Coat of Many Colors” can sing to us about a pizza of many flavors, does it really matter? Dolly’s resurgence in popularity over the last several years has been a welcome blessing in life. If she can spread that warmth and joy in the form of a Taco Bell product, then more power to her. She’s reportedly had a good time working on the musical as well, stating exclusively to Consequence, that it was “ALMOST as good as a Mexican Pizza.” And let’s face it, what’s good for Dolly Parton is probably good for the rest of us too.

It’s also nice to be living in a world where there’s a chance for discontinued food items to be brought back to life. We reported previously on the downfall of the Choco Taco. Maybe all we need is a rapper to start talking about that frozen treat to get it back in freezers nationwide? Or maybe we can get someone else to start singing about how great RITZ Bits S’mores are. Then we can turn them from a limited run item into a fully fledged snack food again. The musical possibilities are endless.

Again, the “Mexican Pizza: The Musical” premieres on the Taco Bell TikTok on September 15th.