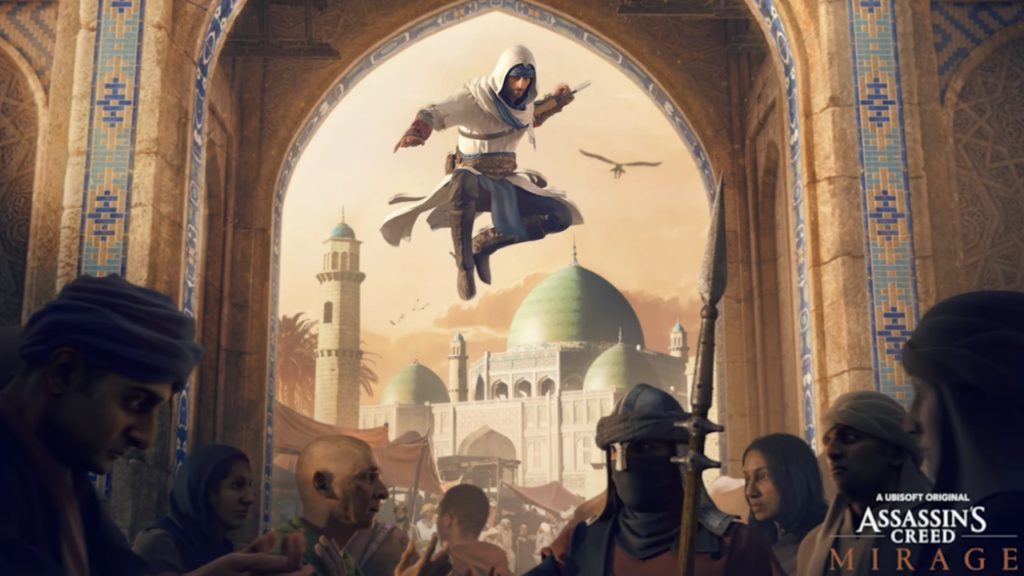 “Assassin’s Creed Mirage” is Next Title in the Series

Ubisoft is no stranger to reinventing the “Assassin’s Creed” wheel. Whether it’s new gameplay, characters, or story elements, every release in the series has something interesting. We DO know the next game’s title, “Assassin’s Creed Mirage,” will be getting more details during Ubisoft Forward later this month.

Protagonist Basim can be seen leaping through the Golden Gates at Baghdad Palace on the prowl for a stealthy attack. Basim was introduced in the most recent “Assassin’s Creed Valhalla.” A game which was more focused on the viking background of history than this new one set in Baghdad during the 9th century. Basim isn’t specifically one character himself as he is a human reincarnation of the Isu Loki. The Isu Loki is just Loki from Greek mythology with a twist as he has used a super computer named the Yggdrasil to permit his consciousness to survive in an event called the Great Catastrophe. Are you confused yet? You should be!

Assassin’s Creed has quickly become one of the longest running video games series to ever exist. Along with it having an overly complicated narrative with many characters taking the lead roles of past settings and times. There have also been side stories that chronologically convoluted the battle between the two main sects, the Knights Templar and the Assassins. You’d probably have to play every game or watch a YouTube at this point to make sure you know where and why your characters existence has some semblance of importance in the massive fight throughout the sands of history.

One can hope this new game, Mirage, can start to push the story to a final conclusion or possibly have a greater impact on the game’s conflict. One thing for sure is the Assassin’s Creed series is still going strong even with these settings swaps. Maybe one day, Ubisoft will give a setting in feudal Japan, which is what most fans have been clamoring for.

Ubisoft Forward takes place September 10th, 2022. We’ll do our best to keep you updated on this and other news.