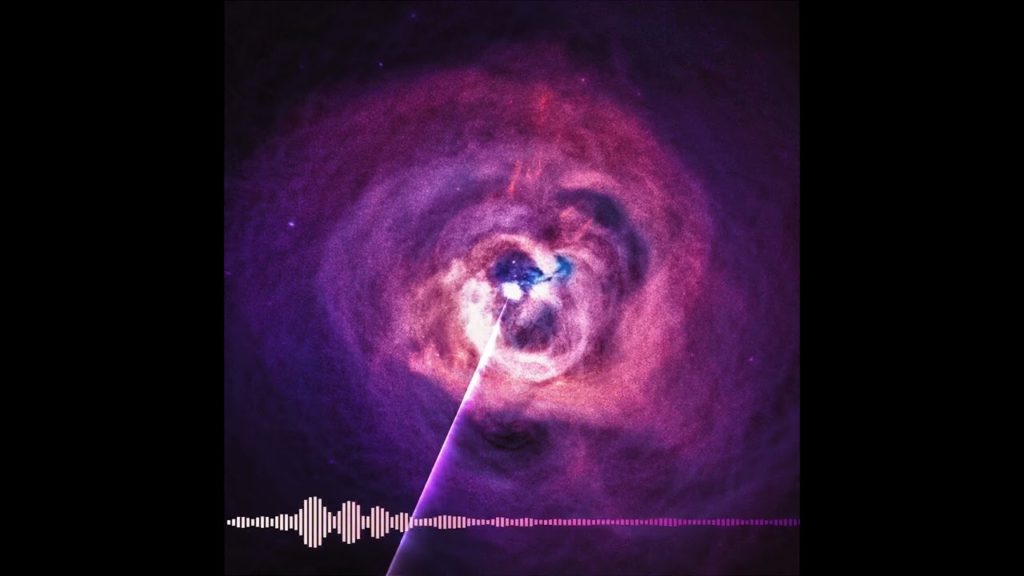 Yes, we already have a wonderful album from Depeche Mode called “Sounds of the Universe.” But back in May, NASA publicly released actual audio recordings from a black hole, meaning we actually HAD sounds from the universe. Earlier this week, NASA dropped the hottest interstellar remix, and we are absolutely adding it to our Halloween playlist.

“In this new sonification of Perseus, the sound waves astronomers previously identified were extracted and made audible for the first time. The sound waves were extracted in radial directions, that is, outwards from the center,” researchers said of the initial recording’s release.

“The signals were then resynthesized into the range of human hearing by scaling them upward by 57 and 58 octaves above their true pitch. Another way to put this is that they are being heard 144 quadrillion and 288 quadrillion times higher than their original frequency. (A quadrillion is 1,000,000,000,000,000.) The radar-like scan around the image allows you to hear waves emitted in different directions. In the visual image of these data, blue and purple both show X-ray data captured by Chandra.”

Listen to the Perseus Galaxy black hole remix below.